All fans were waiting for the game between Jastrzebski Wegiel and Zaksa Kedzierzyn. 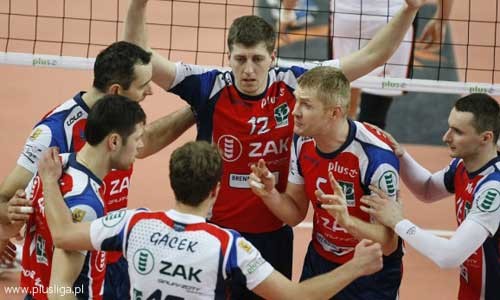 Zaksa still doesn’t have their full squad to use and Jastrzebie was playing with to men which were back after injuries – Zbigniew Bartman and Michal Lasko.

For Bartman it was not a good start and he was quickly replaced.

On the other side, two players had to deal with other position than their own. Jiri Popelka played opposite and Dominik Witczak was this time a middle blocker.

Although Jastrzebie had some chances, Zaksa was strongly better that day and they won 3:0.

MVP was Michal Ruciak, but it was also a good game of Wojciech Kazimierczak (middle blocker), who scored altogether 12 points and gained 88% of efficiency!

In this round Skra also won for 3 points with AZS Olsztyn (3:1) and in the last match finished with the same result – Fart Kielce beat Trefl Gdansk.

ITA A1: Zaytsev: “We must fight till the end”

POL M: Trefl give up on playing...