Ferdinando De Giorgi is the new head coach of Zaksa. He will replace Sebastian Swiderski, who will take over the role of the Sports Director in the club. 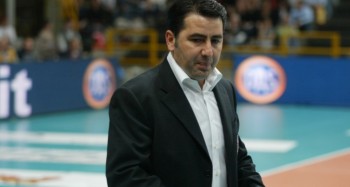 This time rumors turned out to be true. Zaksa has officially announced that Ferdinando De Giorgi will replace Sebastian Swiderski at the position of the head coach. The last club of the Italian expert was Vibo Valentia, while before that he coached Fakel, Lube, Perugia, Cuneo…

The former coach Swiderski will not leave the club. He will become the new Sports Director.

Also, Zaksa announced that the club’s ambitions in the next season are to compete for the trophies both in domestic and international competitions. We will see if that means that Polish giant will make some big transfers during the summer, including the possible arrival of Bartosz Kurek…

Cuba opens the window to the world! More players to follow Jimenez!

Nice Seba, you did an excellent job for your friend De Giorgi! We’ll see if he will finish the season on the bench since the last 5 years he changed them many…

@axe is Novi ..no comission and is angry

becore you write, inform yourself who is manager of De Giorgi

I know ..but no comission …