One club from PlusLiga might get a huge addition to their 2016/17 roster. His name is Bartosz Kurek. 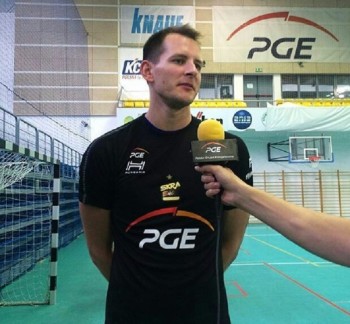 Kurek’s manager stated for Polish media that half of the league has already called him, after Kurek announced that he will not play the next season in Japan. But, who has the highest chances to sign him?

Apparently, Asseco Resovia are not planning to re-sign the Polish star who played for the red and whites in the previous season.

“I am not responsible for building the team roster, but I think that those are just speculations and rumors. We have completed the roster for the 2016/17 season and we are happy with our team” said Asseco Resovia president Adam Goral for Radio Rszeszow.

At the same time, Zaksa also deny any rumors that Kurek may join the reigning champions.

“Everyone would like to have such a player in their roster, but we have already closed the budget for the next season,” said Zaksa CEO Sebastian Swiderski.

Finally, the people are also speculating about the big return of Bartosz Kurek to PGE Skra Belchatow.

“There is no doubt that we need a substitute for Mariusz Wlazly now when Luburić is gone. However, we may also decide to put one of our ouside hitters to play as opposite when we need so,” explained Skra president Konrad Piehocki.

Does he have a health problems like he stated in his letter or he just didn’t want to go to play in Japan??? Can someone give me some explanation?

@Mina Kurek said, that he need a break from volleyball, because he’s mentally exhausted. But there are speculations, which are connected with Anna Grejman. Lot of people are saying that she’s the reason, why he broke the contract with JT Thunders, because he wanted to be closer to her. Of course, manager of Kurek denied those speculations, but no one knows, what’s really on his mind… Maybe he won’t back to play in this season, maybe he’ll back before the end of the year….who knows.

@pol I repeat: TOTALLY UNPROFESSIONAL from his side! He finished playing in Japan forever!

@pol @axe they were together before he signed the contract, so it is not because of her. He just needs a break and when we watch how many he played in last 2 years, how many effort he put, and at the end how disappointing results they achieved Im not surprised that he want some break. No more physical and mental strength. He wasn’t first and he won’t be last.

@poo So you want to say that even he gets the offer from SKRA or other team in Poland, he will say NO, right???

@poo Maybe they were together before, I don’t know. I know how mental health is important, because if something is wrong with your mind, you can’t do anything as you want. I’m not saying that Grejman is the reason why he broke the contract.
@ axe Right now there’s no topic his return to Skra or other team. If he said, that he need to rest mentally, then he’ll have a longer break. It won’t be a week, two. Date of his return on court is unknown, but in my opinion he won’t play in 2016. So, if he even get offer from polish club, he’ll reject it right now.