After a very disappointing season with Dinamo MOSCOW, Bartosz Kurek is set to move to Italy and will be playing – for the next two years – for the likes of Lube Banca Marche MACERATA. 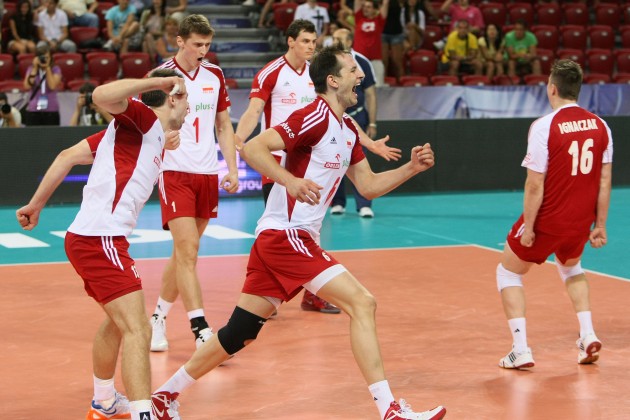 Though he is only 24, Kurek – who stands at 207 cm – is one of the world’s best outside hitters with a very impressive record in all major international competitions. By the time he was barely 21, Kurek won gold at the 2009 CEV Volleyball European Championship in Turkey with a bronze medal following two years later in Vienna, Austria. He is one of the corner stones of the national team currently mentored by Italian-born Andrea Anastasi under whose guidance Kurek celebrated a silver medal at the 2011 FIVB World Cup in Japan before winning last year’s World League finals in Sofia where he was also voted MVP of the competition. His personal showcase includes also the “Best Server” award from the 2011 CEV Volleyball European Championship in Vienna and the distinction for the “Best Scorer” of the 2009 FIVB Club World Championship in Doha, Qatar. While representing PGE Skra BELCHATOW he made it twice to the final four of the CEV Volleyball Champions League claiming bronze in 2010 and silver in 2012.

Kurek is the second Polish player to wear the jersey of Lube Banca Marche MACERATA, one of the most decorated clubs of the past decade, after Sebastian Swiderski played there from 2007 to 2010.
Right after completion of his last game in the Russian Superleague, on Tuesday Kurek did announce his transfer to Italy via his Facebook profile. “This is a dream that comes true” he wrote there. “

Any little boy who starts playing basketball wants to join the NBA one day. On the other hand, anyone who takes up volleyball dreams about playing in Italy’s first division. This is the dream of a lifetime and it finally comes true. I feel honoured and very proud to be able to play in Italy’s national league while representing the likes of a prestigious club like Lube Banca Marche MACERATA. Before signing the contract, I have asked some info to my friend Sebastian Swiderski and he has spent enthusiastic words about everything that is connected with Lube, including the city. So I did not hesitate and immediately accepted their offer. I just can’t wait for the start of this adventure”.
In only a few hours thousands of messages were dropped on Kurek’s Facebook account by his fans, especially by his compatriots.

Kurek will be wearing the jersey n° 16 thereby paying tribute to Arkadiusz Golas, the 24-year old middle-blocker who passed away back in 2005 in a car accident in Austria right before the start of the season where he was set to join forces with Lube Banca Marche MACERATA. That is the same number worn by Swiderski as he played for the Italian club as he also did want to pay his respect to a close friend who unfortunately did never have the opportunity to wear that jersey that was designed for him there in Macerata.