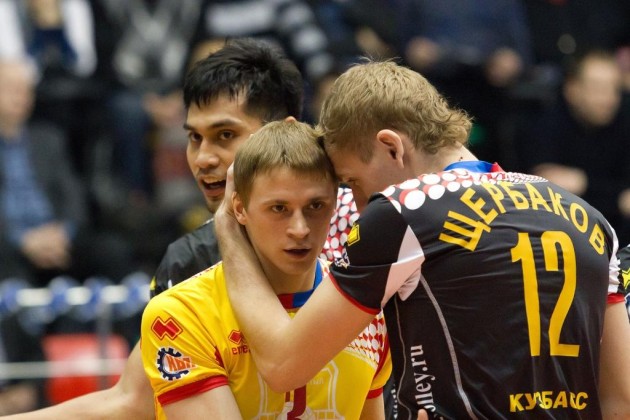 Newcomer  to Iskra, libero Alexey Lipezin spoke about the situation in the near Moscow team, and the reasons for his move to Odintsovo from Kuzbass Kemerovo.

“Iskra is a club with a tradition and long history, it has always played in the Super Liga, they had good seasons. So, I think this club is one of the greatest in Russia! Something went wrong, we all have ups and downs, and the club have a temporary rough period. But it is not a problem, I believe everything will work out for the club. It will depend on the way we will playnext season – we will try to re-create the old tradition of the team and return to the volleybal elite! “, he said.

To read more about new arrivals click on Transfers 2013.