Russian women’s team by winning the European Championship qualified to participate in the draw of FIVB World Grand Champions Cup 2013, which is held every four years in the post-Olympic season. The competition will be held 12-17 November in Japan. 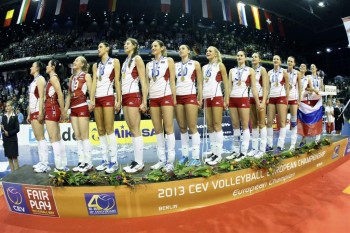 To read more articles related to this country click on Russia.

Registration for 2014 and 2015 European Championships is open