Do you approve decisions of Belogorie and Lokomotiv?

Two Russians teams had already secured top spots in Pools, so they decided to play the 5th round of the CEV Champions League with reserve teams. Was that a violation of completion rules? Can it be stopped? 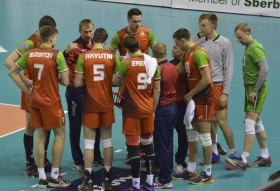 Belogorie arrived in Istanbul to face Fenerbahce without the whole starting lineup. There were no Dimitry Muserskiy,Georgy Grozer, Dragan Travica, Sergey Tetyukhin… Even head coach Gennadiy Shiipulin did not come with the team! And, all of them were leading Belogorie in two-game clash versus Lube, the main competitor of Fenerbahce for the second spot in the Pool.

The same situation happened in Spain, where Lokomotiv Novosibirsk arrived with 9 players!!! And, of course, without main stars Oreol Camejo, David Lee, Alexander Butko, Denis Zemchenok… This time Jastrzebski will certainly have complains.

Did two Russian clubs violate any competition rule? No, they did not! They are allowed to play in any squad they want. But, they broke the sports codex. The fair-play. Because, after their decision not all teams have the same conditions. And that is the essence of sport.

How to stop these things from happening? Punishments? No, as we have already written, not a single competition rule was violated. Rewards…? Did you know that volleyball is one of few sports in which teams do not have rewards for a single-match in the Champions League!?

Yes, while in football, for example, teams are doing everything to win at least a single point, because it means a lot of money, in volleyball it is the same whether you win or lose, looking at financial aspect. You even HAVE TO PAY to compete in the volleyball Champions League!

So why would Belogorie, Lokomotiv or anyone else risk player injuries in games which do not have any meaning for them? But, if you give them rewards, if you give them a motive, they might come with the strongest squad on every match.

Spirik got yellow card BEFORE match, he...

Shevchenko stays at the helm of Russian...