WL M: Maksim Mihailov: it will be difficult to make up for losses

After two tournaments, the World League Group A in Hamamatsu, and Santo Domingo, Russia ranks third in the table with the loss of six points for leading Cuba. Sbornej leader Maksim Mihailov says that will be difficult to offset the advantage of a leader, but also imagines himself to the Final Six in Sofia. 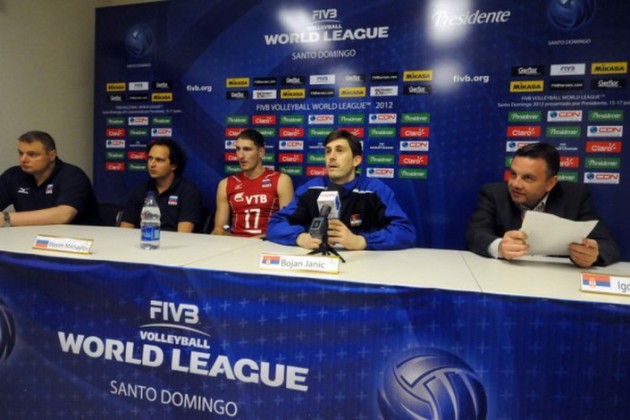 “Three points scored in three games in the Dominican Republic can not satisfy anyone. We now need to improve our balance sheet and make up for losses. Russia is the defending champion of the World League and it’s hard to imagine Final Six tournament without a trophy defenders” said Maxim Mihailov.

CL M: Mikhailov had no mercy toward...