RUS W: Kosheleva will remain in Germany for a week – Fadeev

Term rehabilitation of attacker in Russia and Dinamo Kazan by Tatiana Kosheleva extended for another week, said the agency R-Sport general manager of the Russian Volleyball Federation (VFV), Vladislav Fadeev. 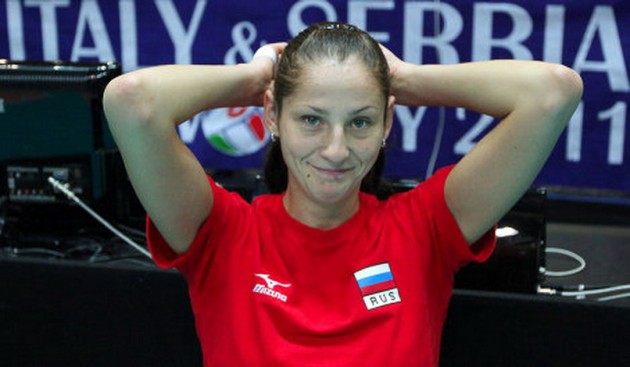 In May, the Munich clinic, Kosheleva underwent surgery on the meniscus. Also on the European qualifying tournament at the Olympic volleyball acute back pain. Initially, the attacker had to join the team on June 16, but then the recovery period was extended by one week.

“While in Germany she arrived, moved to the arrival of the 29th. Now she is under the control of German doctors, and like everything is going according to plan. Knee and back are restored, the process goes as expected. She was extended for another week rehabilitation, to be sure that it is ready to connect to work in the main group. After returning to Russia Tatiana will travel with the team for the Cup Yeltsin in Yekaterinburg, “– said in a telephone conversation Fadeev.

VFV stressed that rehabilitation of Kosheleva is not easy. “From morning till night she was doing heavy exercise under the supervision of physicians. Therefore, to reach it is practically impossible, she is always in the work,” – said the agency.

Fadeev added that, in Yekaterinburg, where the Russian volleyball teams will play in Italy, Brazil, Cuba and Poland, Kosheleva will not perform in the full scope of work.

“But she will be under the supervision of a physician team, coach, trainer. Mode will be an individual, but will be quietly rolled into the job with the ball. This is necessary if we want to see Tanya in the Olympics. And we really want to see it” – said the general manager of VFV.

The other players in the women’s team Russia no serious health problems there, according to Fadeev. “There were no recurrences or who do not, everything goes according to plan. While waiting for Tatiana, the rest is all right,” – said the agency.

Yeltsin‘s Cup will be held in Yekaterinburg, from 4 to 8 July.

CEV: Referee Delegates get together to work on education and evaluation procedures