Vladimir Alekno, the new head coach of Russia, spent his first day on a new duty. 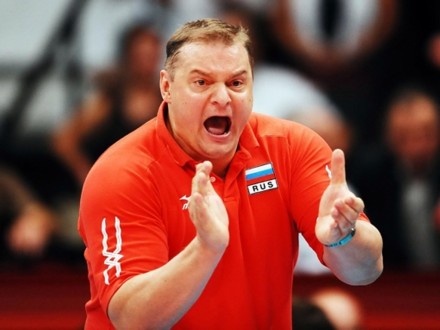 Alekno begun working with the Russian national team which is preparing for September’s World Cup and October’s European Championship.

„I don’t feel as the savior of the Russian national team. I just came to work with the team. We have problems, but they could and indeed, must be solved ,“said Alekno for the Russian media.

Last time when Alekno was on the helm of Russia it took gold medal at the 2012 Olympic Games in London.

Now, his immediate goal is to promote Russia for the 2016 Olympics in Rio de Janeiro through the World Cup. Furthermore, he needs to establish the successes from the past.

“Injuries were a real scourge of the team during the World League. Now, Taras Khtey and Alexey Verbov have health problems but I’m mostly afraid of Andrey Ashchev who has problems with Achilles tendon. Sergey Grankin, Maxim Mikhaylov and Dmitriy Muserskiy also have their problems, but they aren’t so serious and they can train,” Alekno added.

Alekno returned a 39-year old Sergey Tetyukhin to the NT.

“Yes, he is an addict. He can’t do without passion, without sports drug. I’m very glad that he’s back. Sergey can’t live without it,” Alekno stated.

You won’t believe what Natália saved vs. Japan! (VIDEO)