RUS M: Moroz returns to Russia, but not in Lokomotiv…

Pavel Moroz might again play in the Russian Superleague! 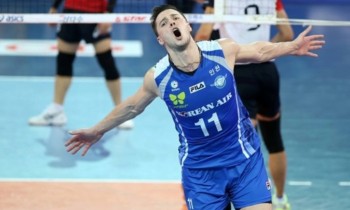 Excellent scorer is still officially the player of Lokomotiv Novosibirsk, as he spent the last 6 months on loan in KAL Jumbos, South Korea. Still, his manager confirms that Moroz might again leave Lokomotiv and join Ural Ufa!

“Yes, the negotiations are in progress. But, the contract has not been signed yet” said manager Dmitriy Rezvanov to R-Sport.

Moroz started his career in MGTU Moscow. In 2010 he moved to Kuzbass Kemerovo where he stayed for 3 years, while in 2013 Moroz joined Lokomotiv Novosibirsk. He played for the red and green crew in 2013/14 and 2014/15 seasons, while in the middle of the 2015/16 season the club decided to let him go on a 6-month loan to KAL Jumbos, South Korea.

Will his next destination be Ural Ufa? We are about to find out very soon…