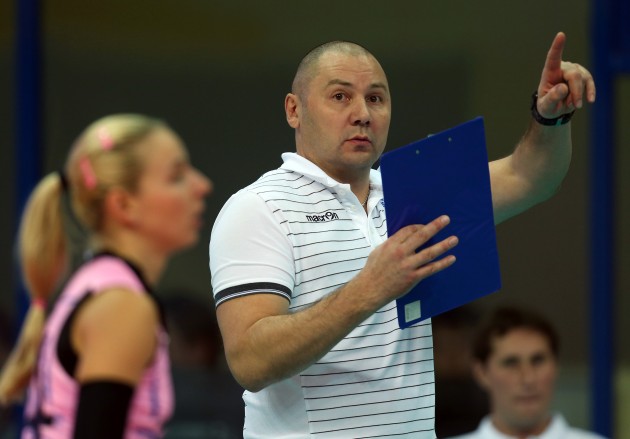 Dinamo immediately imposed its quality with Ekaterina Gamova, Evgeniya Startseva and Lesya Evdokimova (Makhno) going up 11:5 but the Italians responded well eventually moving up at 11:12 before a series of good serves by Gamova paved the way for the 20:12 that virtually ended the set in favor of the home side (25-19).

Dinamo totally dominated the scene in set 2 doing so in all fundamentals with Robur Tiboni finding no mean to stand the Russian blocks and the superb attacks by Gamova (25-13).

Libero Ekaterina Ulanova (Kabeshova) stood out in defense for Dinamo in set 3 and she chiefly contributed to an 8:3 lead by the first technical time-out. Gamova and Jordan Larson were simply unstoppable in attack moving up the score to 20:10 and eventually wrapping it up at 25-14 for the first Champions League win of the season.

“I am very grateful to my players for such a birthday gift” said the head coach of Dinamo KAZAN Rishat Gilyazutdinov. “Today they showed high quality Volleyball and claimed a clear-cut victory”.

“We tried hard, but Dinamo has a very good roster that includes very strong players. I played against them many times as a member of the national team” said the libero of Robur Tiboni URBINO Stacy Sykora. “While the season is still not going well for us, I always say that no matter how you start, a good finish is important”.

ITA W: More then 4200 people on the Conegliano – Modena match