USA and Cuba are the finalists of the IX Men’s Pan American Cup. 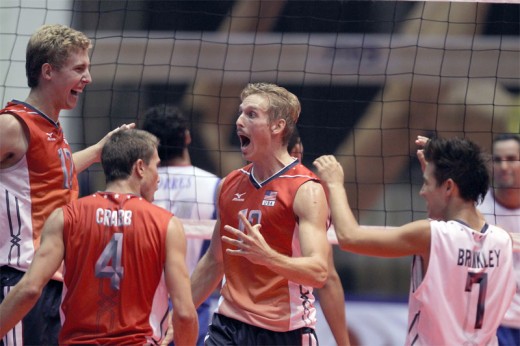 Cuba became the first finalist at IX Men’s Pan American Cup after defeating Argentina 3-2 (25-22, 25-18, 19-25, 23-25, 15-13). Javier Jiménez Scull and Rolando Cepeda combined  a total offense of 49 points, with 23 and 26 units respectively, while David Fiel closed with 11 points on the Cuban side. Argentina fought hard until the end with Pablo Koukartsev as the South American’s best weapon by recordin 15 points.

To read more about this competition, to see stats, video and photos click on Pan American Cup 2014 M.