Tamari Miyashiro, a silver medalist from the Olympic Games 2012, will again be a part of USA's National team. 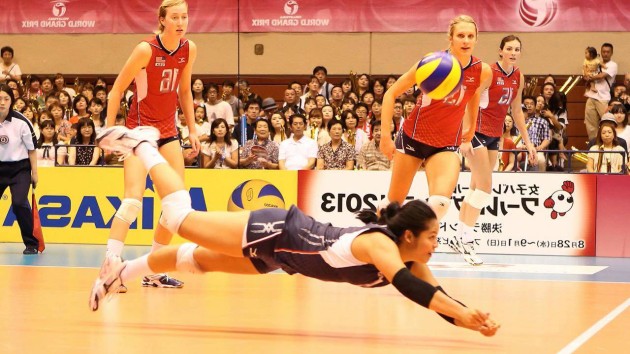 Tama has accepted to be an assistant coach of the U.S. Women’s National Team.

“During Tama’s years as a Women’s National Team player, nobody involved with our program was more selfless, more supportive and loyal to those around her, more humble and more dedicated to learning than she has been,” said head coach Karch Kiraly and added.

“Those qualities always made Tama a prime candidate for making a strong transition into coaching, so we’re thrilled to have her join our coaching staff.”

Miyashiro, who joined the U.S. Women’s National Team as a libero in January of 2010, retired from the game as a player last summer following a series of injuries that kept her off the court. Along with her silver medal won at the 2012 Olympics, Miyashiro helped Team USA win gold in three FIVB World Grand Prix events (2011, 2012 and 2015). She was also part of the 2011 FIVB World Cup U.S. squad that won silver to qualify for the 2012 Olympic Games.

“I would like to thank Karch for giving me this opportunity to continue working with the Women’s National Team,” Miyashiro said. “It’s an honor to be able to represent USA as an athlete and now as a coach. I’m extremely grateful for the relationships and experiences I’ve had over the years and am excited I get to continue being part of this USA Volleyball family. I’m looking forward to growing as a coach and as a team as we push towards Tokyo.”

Read what USA’s players said about Miyashiro and her new role.