Moscow, Russia, December 13, 2011. After leading Russia’s national team to finish on top of the Olympic pre-qualifier tournament that was held this past November in Kaliningrad, Sergey Ovchinnikov was recently appointed – officially and no more ad interim – head coach of the players that claimed last year’s FIVB World Championship in Japan. 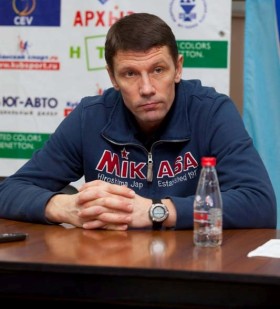 Ovchinnikov, who is also the mentor of Dinamo KRASNODAR, was chosen by the Russian Volleyball Federation after the previous head coach Vladimir Kuzyutkin resigned following the very poor performance displayed by the Russian national team at the European Championship where Gamova & Co. lost to Turkey in the quarterfinals.

According to the contract he recently signed, Ovchinnikov will stay with the team until the 2012 Olympics in London but the first task will be to book a trip to the Olympiad via the Continental qualifier scheduled for next May 1-6 in Turkey.

CEV CL: Second victory in Pool A for Noliko MAASEIK against CSKA SOFIA