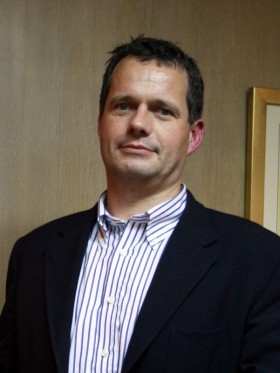 Spain and Vermeulen part ways after a few productive years

The Royal Spanish Volleyball Federation and the Dutch coach have finalized a mutual agreement to put an end to their cooperation after a few years that have marked an impressive development of the group.

The Spanish Federation intends to start up a new cycle and therefore opted for changing the mentor of the team.

“A cycle comes to a close with the departure of Vermeulen” says RFEVB President Agustin Martin Santos.

“He has done a great job while leading the team and achieved the best results in history for our women’s Volleyball. He has brought professionalism, ambition and I am very grateful for his contribution to the development of Volleyball in our country” he adds.

Martin Santos stresses the need to turn the page and bring additional life to the team: “We need to start another cycle which has to be marked by new projects and needs to be adjusted to the current circumstances in the sport”.

Vermeulen, who took over the group in 2008 paving the way for some great results – including two consecutive appearances at the final round of the European Championship – says: “I am pleased to have worked with the Spanish team and satisfied with my career here in Spain. I think the team has definitely moved forward and accomplished great results. I am finishing my job leaving a young team that has got a bright future in the coming years, so this is the right moment to start another cycle, for myself and for the group”.

Under the guidance of Vermeulen Spain finished ninth at the European Champs in Poland back in 2009 and came very close to qualify for the finals of the European League in 2009 as well as in 2010.