Usually, the winner of a beauty pageant is occupied as a teacher or college student. Occasionally a lawyer emerges. The winner of the 2014 California Mrs. Galaxy pageant holds a more unique occupation: Boys volleyball coach. 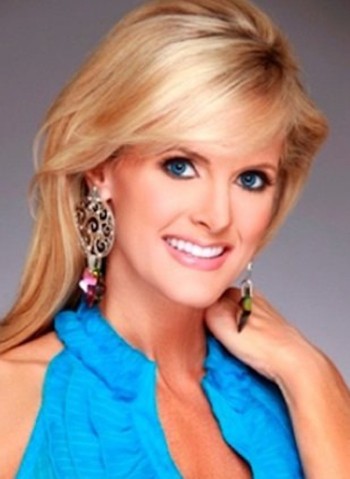 As noted by MaxPreps, the Mrs. Galaxy competition stipulates that contenders must be at least 21 years old and married, but DeMure is much more than that. The 42-year-old has spent 22 years as a volunteer on local PTAs and led the 2013 Oak Hill boys volleyball team to a 19-8 record and a berth in the state playoffs.

According to the Mountain Democrat, DeMure coaches the Oak Hill boys and spends much of her free time watching the girls; her eldest daughter, Emily DeMure, is a rising sophomore on the Oak Hill varsity girls volleyball squad.

To win the Mrs. Galaxy competition, the elder DeMure will have to stand out against much younger competition in four specific areas: evening gown, swimsuit, fashion wear and interview.

Based on her incredible work with youth groups, including serving as the spokesperson of youthachievingexcellence.com, DeMure should stand out in the interview portion. Based on the professional photos taken of her, she may stand out in the other categories as well.

WL: Sokolov – “We were surprised by Vettori”

Helping Your Daughter Cope With Being Lesbian...