Lausanne, Switzerland, March 19, 2012 – The FIVB Board of Administration applauded the tremendous advancement made in FIVB marketing over the past three years with FIVB 1st executive vice-president Cristobal Marte Hoffiz saying “This progress made in marketing has been unprecedented in the history of the FIVB”. 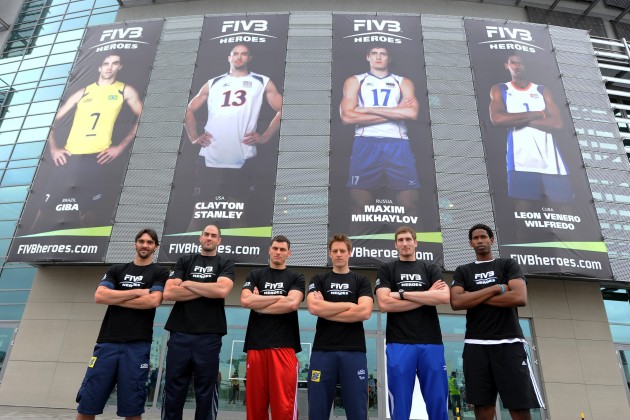 The FIVB launched a rebranding campaign in 2010, which involved a change in the FIVB logo and then a new look and feel at the FIVB events such as the 2011 Beach Volleyball World Championships, 2011 World League and the 2011 World Grand Prix FIVB events.

A new marketing campaign called FIVB Heroes was introduced at the same time putting into the spotlight the best volleyball and beach volleyball players from the around the world.

The Board members each received a new Spirit Book which gives federations an illustration of how to market and “dress” their event while also receiving reports on the improvement in key areas such as international television rights sales, the commercial programme – which was highlighted by Thursday’s appointment of IMG, Dentsu and XYZ to market its commercial (marketing and media) rights for the period 2013-2020.

The FIVB’s United Nations agreement made in 2011 was another key marketing tool for development and peace through volleyball.

Meanwhile, the Board approved all the FIVB financial reports on the final day including those from external auditors Ernst and Young as well as the internal auditors report and that of the FIVB Controller.

FIVB’s commitment to coaching in Palestine

You have never seen this kind of...