When Boris Becker won his first Wimbledon title in 1985 he picked up a cheque for £130,000 ($200,000). By the time he retired in 1999 - having won six Grand Slams, an Olympic Gold, and 49 titles, he had amassed winnings of £25m - and possibly an equal figure in sponsorship deals. This and other volleyball news read on Worldofvolley.com. 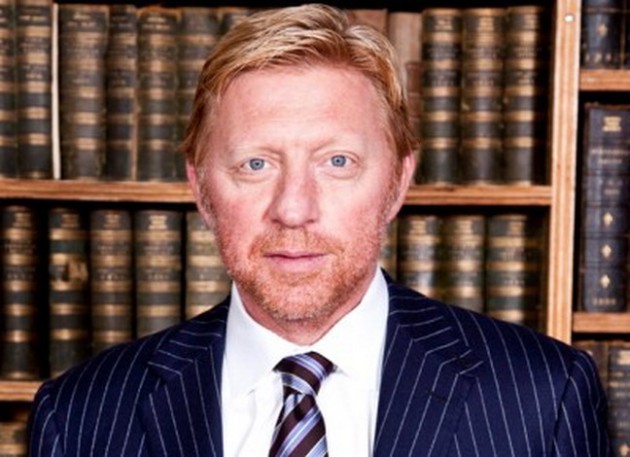 So why didn’t he simply retire into a life of luxury, rather than spending his time and energy building up Brand Becker?

“For a couple of years, I wasn’t doing anything. I had a difficult moment in my private life, I had a divorce, so I really had to settle down and start afresh,” he recalls.

“But obviously, after just doing nothing, apart from playing golf and taking too many holidays, you get bored quickly and I felt that at 35 years of age there was a lot more I could ask from life on a professional level and there were so many things I wanted to do,” he says.

He then began thinking about what talents he had and which people he wanted around him.

“One things leads to another and the next thing is that you have got an office, maybe two, and you are busy with all different things.”

He points out how his father told him that he would not be a tennis player forever and that he had to invest his money wisely.

“My father was originally an architect so my first love was real estate,” he notes.

“Being on building sites from an early age I had a bit of an eye about what could be a potential nice apartment, a nice house, or especially a nice location – I think that’s the key,” he says.

In his mid-20s he started buying real estate: “I wouldn’t say I turned my hobby into a profession,” he laughs, “but if I like something I get it.”

Mr Becker also opened up three Mercedes car dealerships and is now an ambassador for the brand.

But after a certain number of years the markets lose interest in an athlete and Mr Becker explains how he had to reinvent himself.

“I took my time, I think it is important to get rid of the idea that at 38 you can still play tennis,” he says.

“Of course you can still play but you are not going to be competitive so you have to find something else”.

“I wanted to try myself in different areas. I wanted to put my feet into the water and just try different things,” he explains.
The name game

He points out that not everything has worked and that: “A business or two has failed.”

It has been widely reported that he received a two-year suspended sentence in Germany over tax-related issues, and that his property in Majorca was at the heart of a legal row over non-payment of bills, but the most notable failure in his real estate ventures was the Becker Tower in Dubai – something he particularly regrets.

“I gave them my name which is everything I have, but I was not responsible for the financing of the building”.

“When the bubble called Dubai burst, the business of the tower went down as well. I wouldn’t say that I was responsible but the business didn’t work and it was not good,” he muses.

“With the tower I only gave my name and let the builders do the work, but I have tested most of the tennis racquets which bear my name,” he says.

More importantly, he is involved with the marketing of the racquets.

“I have an understanding of what sports marketing and branding is all about, so I feel that I can bring a few things to the table that a normal investor wouldn’t know about,” he asserts.

The failure of the Becker Tower has left him more cautious and for that reason, he does not invest in the stock market.

“I don’t understand it enough and I don’t want some 25-year-old explaining something to me that he’s not sure about himself the next day,” he says.

“The last thing I want is to invest my money again in a risky business,” he notes, “I prefer real estate, with long-term slow growth but, in 10 or 15 years, I can smile about it.”

With most of his projects bearing fruit, he says: “I’m 45 years old now and I’m comfortable in my second career.“

When asked when he might consider retiring, he scoffs at the idea.

“Retire into what? I love what I do. I don’t get up in the morning and say I hate my job, I don’t want to go to the office,” he says.

“I really love what I do. I had moments when I was really bored and that’s not a good feeling,” he reflects.

“I’m happy. I’m in a good place now and I can’t imagine not working ever,” he adds.

Read news from our Did you know? section, every Friday a new story, tomorrow read about Tauron MKS invites all fans to adopt healthy life style via its official calendar.