Maeva Orle speaks of her team Le Cannet and the Ligue AF in this interview. For more latest volleyball news visit worldofvolley.com 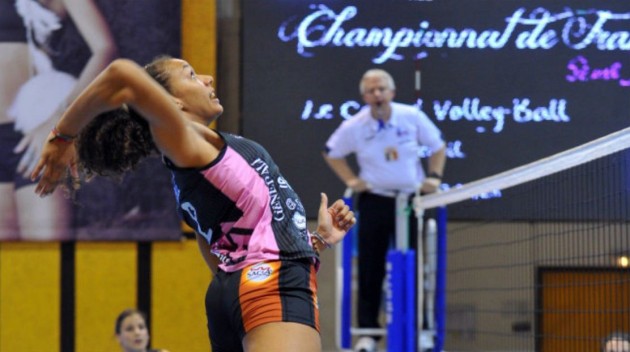 – It is true that in the beginning it was a little difficult with players who were new. Then, in the first game, we had two injured. But now that we have managed to get all our players, it’s going very well. We have more confidence. We are in a good momentum.

– Yes, it is the goal of each of the players even if we did not say it out loud. Everyone thinks and knows what kind of team we have, we can do it, and we have our chances. We will do everything to achieve this goal, we will give all our means.

– Especially since you missed the semifinals for two points last season.

– Yes, it was a little hard last year because there were a lot of problems. But this year, the team has completely changed. We’re young but we are united, and I think we can do much better than last year.

– Your confidence helped you in the European Cup on Tuesday against Kolubara Lazarevac in knockout phase of the Challenge Cup.

– The European Cup is a goal, but we did not say that we had to ahieve a particular result. We take it step by step. We already have a psychological edge over the Serbian team. But even if we won easily at home, we do not expect the same performance of their playersin the rematch.

– Are you satisfied with your personal performance?

– Yes, I feel at good. With the team but also the coach who brings a lot with his know-how from abroad. I feel very good about this team and it allows me to be more liberated than other years, despite the small physical problems that I can get over my knee. Is done with, and I can develop myself the way I want.

– Are you considering a change at the end of the season?

–I do not know yet. I signed for a year. I do not really think about it.

Check out our After sport’s career section, every Thursday a new story! Next time read about Larry bird – player, coach and executive.

Fitness by Alessandro Bracceschi: Single pull-ups is one of the most hard free body exercises

FRA M: Grebennikov – We found the pleasure of playing

Slađana Mirković the best setter of U20...