In the European qualifying tournament for the Olympic Games, the national team of Serbia reached the semifinal and lost with 3-1 against Italy. Despite the defeat, the coach Igor Kolaković can be pleased with the performance of his young spiker Atanasijevic Aleksandar, who gave the strength to the Serbian team. 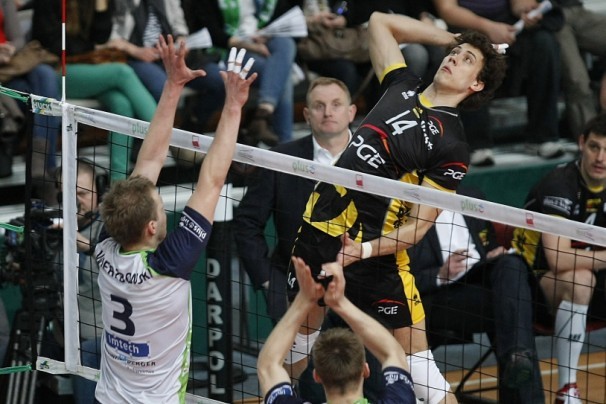 PlusLiga: Throughout the qualifying tournament you were the first among the spikers. How did you feel in this role?

Aleksandar Atanasijevic: Certainly it was a great responsibility. Six months ago we won the championship of Europe, so we all expect a lot from our team. Ivan Milijkovic resigned from the national team, so I got my chance. I think the coach Kolakovic is satisfied with my performance. With every match I played much better. If I get more chances, I am sure I will not waste them.

Last season in PlusLiga you did not have much chance to play with Bełchatów. In Sofia you showed your best performance. You were one of the best players of the Serbian national team. What is the difference in playing for the team of Igor Kolakovic and that of Jack Nawrocki?

First of all, playing in Bełchatów is different from playing in the national team. Skra has many great players and I am glad that I can play with them. With the national team in Sofia, I played against the best teams in Europe. I hope that next season in the club, I will have more opportunities to show my qualities. I am really happy that I the am part of this team.

On the court you can well understand the playing of the second spiker – Mihajlo Mitic. Is that because you were playing together in the junior team?

We were losing in the semifinal match with 0-2 and had to change something. The Italian team is very strong. However, in the third set we showed that we are a good team and that we have the potential to play in the best way. Mitic played a good game against Slovenia and he led us to the semifinal.

Next week begins the World League tournament. What is at this moment the most important thing for your team?

At this point, our primary goal is the Olympic Qualification. Of course, playing in the World League is a wonderful experience. We play in a strong group with Russia, Cuba and Japan. As in every game, we will give the best.

Jaeschke for WoV – “Resovia made me...