WL: Buscato – “We are in difficult situation”

USA and Russia has totally opposite score after three games. Americans are perfect with 3-0, while Russians are still waiting for the first win! 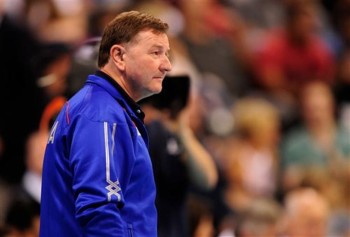 United States Coach John Speraw: “Russia continued to play throughout the course of the match. Our team has the ability to be a good ball control team. There were some moments in the match in which we did not control the ball as well as we could. We are also continuing to learn. There were some situations in the match that cost us some points, and I think that is a function we must continue to learn.”

BREAKING: Leon rejected Turkey, but could play for Poland!