Fans, which volleyball rules you would change if you were in charge?

Volleyball went through many changes in its history, but the most important ones, in regard to the essential gaming rules, remained untouched for decades. Nevertheless, there is a tendency for some of them to be changed during this year… 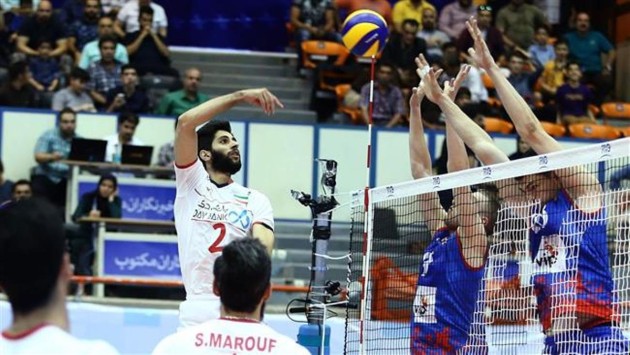 You all know that the International Volleyball Federation (FIVB) decided to modify few rules in 2017 in order to make this sports discipline more attractive both for the fans watching the games at home and live. Some of the new rules are related to the scoring system while some are related to the rules of the game. The second ones caused a lot of controversies since they might influence on the dynamics of the game and restrict players in their play. But, since these new rules still have not been introduced (will make their debut at both Men’s and Women’s U23 World Championship in about a month), we will leave the final judgment on them when these tournaments are over.

Anyway, since our website has always thought of our readers and volleyball fans around the world, we would like to give you a chance to express your thoughts on how to simplify some volleyball rules and which rules would you implement in that sense. The intention of this WorldofVolley’s campaign is to help FIVB and its Rules of the Games & Refereeing Commission in making volleyball rules as clearly as possible for the fans by collecting ideas on this from around the world. And, ultimately, to make the volleyball rules better.

So we ask you, our dear readers, to start sending us your comments with the ideas on the new or modified volleyball rules that would make this sports discipline more interesting and simpler. After some time, we will gather these ideas and make a list of suggestions!

Recall what some volleyball stars had to say on this…

There are more blogs in our WoV Blog section.

POL W: Chemik supporters LIKE this! Zaroślińska stays for one more season

ITA M: Savani returns home after 4 years – the choice has fallen on Latina!

NET TOUCH: It will only count as net touch if you touch it in the top.

Changing the net-touch rule once again is not a good idea. It was meant to make any touch of the net by a player punishable and eliminating all discussion wether it was hit on the top or anywhere else. It is also not like the games are now full of net-touches, I think this was a good change so it doesn’t need to be turned back.

Re: @synlerak It is not about the amount of net touches. In lower priority matches, e.g. recently in group 2 and 3 for the FIVB World League, there is no challenge system to argue net touches of the entire net. Essentially, it is not fair to implement this rule without giving the right for a team to defend themselves, especially in this modern age of technology and sport.

Re: @Freeman that same problem counts for ball in/out, foot over/on the line and ball-touches. The problem is not the rule, it is the availability and the costprice of the technology to organize a challenge-system. Normally, as technology progresses, the challenge-system will become cheaper over time and more competitions on more levels will be able to afford it.

1- Immediately to change the official color combinations balls – they create visual/optical disappearing, blurring illusions for Internet/TV viewers. Moreover they do not have a clear contrast from surroundings.. Volleyball loses fans, the access to TV, to sponsors… The contract on v. balls with a producer should be open and changed…
(Compare with soccer/football how they change official balls very often, what brings recourses for FIFA, UEFA etc – now 2017/18 white with a red pattern – a perfect visibility and recognizability… )
2- Put for testing the attacking line for 4 or 4,5 m. Teams however will need to accommodate to it. Hope they would apply various back and front court combinations.
We can not to exclude half of world population and their NTs due to of genetic.. Compare now – probably the best technical team in world – Japan does not have too much chance against taller, but average teams.. Until 1976 they could compete with anybody – they were winners of OG,WCH… Style of Japan, S. Korea is very attractive. We do not want to create another regional sport like is the ice hockey, do we?
3- Service – connection with color of balls. Now Int/TV fans can not see trajectory of strong services and had to wait for reply… This is disaster.. Even for referees…
(Do try some experiment – volunteers could attempt to show the exact trajectory of quick, rotated balls after services, spike, block out on the screens… Then to compare with real one on a slow motion replay…)
4-Moreover too many breaks.. Volleyball faces the mobile phone culture of fans who immediately look into phones…
Provide 4 proposed measures will be realized then will not need to be created the artificial “elite group” WL , moreover volleyball could be more attractive for fans, players and sponsors…

Less interruptions: other sports do not have as many timeouts as volleyball does. Either get rid of technical timeouts, or remove timeouts from coaches/teams. Also, changing the net touch rule (back to only the top of the net you are not allowed to touch) would increase excitement and duration of rally/plays. The current whole net touch rule is also flawed because of lack of chhallenge system availability (for example in group 2 or 3 matches, there are no way to challenge net touch, so therefore referees can get away with [possible] errors, since the net can move because of player jumping or wind)

Service reception: remove overhand reception of ball (there have been a lot of situations where ‘first contact’ rule is ugly and teams argue with referee.

Challenge system: No more electronic tablet system. There are too many technical errors with the current technology. It is much easier for coaches to convey what they wish to challenge via word of mouth.

1. Remove technical timeouts
2. Remove World Cup and World Grand Champions Cup Players play too many matches in a year and i think that this tournaments are not necessary
3. World champion en continentals champions should be have a promotion to the Olympic Games
4. Change World League format, team should be play home or away not on neutral ground because on matches without hosts is very low attendance. It’s not attractive for sponsors. Expand WL to new countries for example Indonesie,India, Cameroon where volleyball has the potential for fans or sponsors
5. Give up the electronic tablet system

Re: @dghfbaa
Indonesie, India and Cameroon, they are so weak., do you think Brazil, Russia and Italy for example would want to play against them? Of course not.

Re: @oliver
I meant that these countries will be playing in group 3

1. Let coach go inside the court during period of no play ALWAYS
2. Let players speek freely with referee
3. Put fans closer to the court
4. Let teams’ coaches discuss more close one to another
5. Make players warm up any place behind bench
6. Make space outside of 9×9 court smaller so players go often to save the ball into the fans
7. Change LED ads positions. Looks like players are untouchable…
Do you want more?;)

Re: @Axe
Clearly you want the players to be closer to the fans at the games so the stands should be closer to the playing-fields you think. Fans should and must be able to come around the players on the field after the game so that they can interact with eachother but not during the game because that’s simply disturbing.

The space around the playing-fields should become bigger instead so that players have more chances to recover off-bound balls and so play more and longer rallies.

Re: @synlerak Yes, I suggest fans closer to the playing ground but not inside. Just like basketball, fans are close to the court but cannot step inside. Also, why not let players go and take the ball in the middle of the fans. How many balls are the in this moment during ine game that players go to recover of the bounds? 2, maybe 3? Remeber the photo of NBA players flying out of the court to get the ball? People like that.
And people want to touch players, to see them sweat, to their strong spikes. Can they do all that if they are 50ft from the court? No. And that means they will not pay the ticket.

Re: @Axe in basketball it is quite easy to have a rather small off-bounds space, like 3 meters must be enough, because when the ball is out of bounds it is out of play. In volleyball it’s not the case and if you watch volleyball alot you can see that despite the quite large space around the field, players are still getting hold back by commercial panels, sometimes directly behind it tables with people doing a job which is involved by the game. And it’s not like lots of people can enjoy that same experience only a few hundreds of people maybe on the the first few front-rows and not the other thousands of people present there.
If the empty space between playing court and ‘obstacles’ will be enlarged then players might be more motivated to chase off-bound balls and save alot (almost) dozens more than that they mostly can do today. The seats of the audience don’t even need to be further away from the playing field, just those commercial panels and benches with working people behind them pushed all the way back to the walls between the court and the seats. If you look at football (soccer if you’re American) there is the audience even further away from the playing field even though it is the case that a ball out of bounds equals out of play too. There you never seem to have a decline of popularity of the game.

It’s nice to see players serve the ball at 60+mph , but with it comes with awful lot of service errors — let alone serve error on float serve. Perhaps teams have taken the value of this part of the game very lightly. I think there needs to some sort of penalty for this. Thinking similar to that of basketball whenever a team gets certain amount of service error, there must be a point given to the opposing team. An alternative penalty would be to deduct a point from the team at fault.

WoV BLOG: What do you say about...