It's time for the final battles in the FIVB World League 2017. Follow the latest info from Curitiba in our live blog. 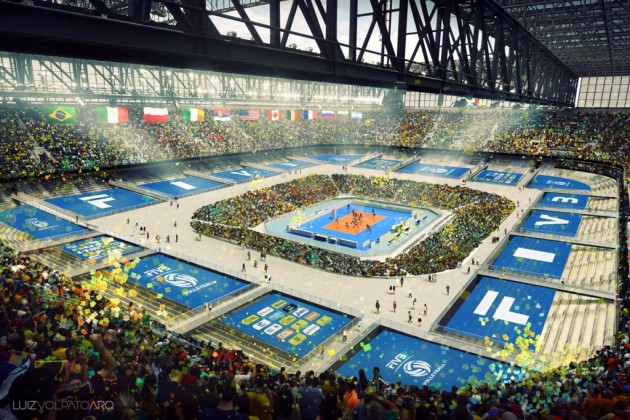 There are six teams that will participate for the gold medal in the FIVB World League 2017 (July 4 – July 9): Brazil (host), Serbia, France, Canada, USA and Russia.

The information will be updated several times per day. You will have an opportunity to read much news about the teams, to watch interesting videos and to see some photos from Curitiba.

This is going to be the 28th edition of the World League. Check out the schedule of the tournament. All matches will be broadcasted at the FIVBvolleyball You Tube channel.

13:30 CET – Stephane Antiga won his first medal as the coach of Canada. He is so proud of his boys. 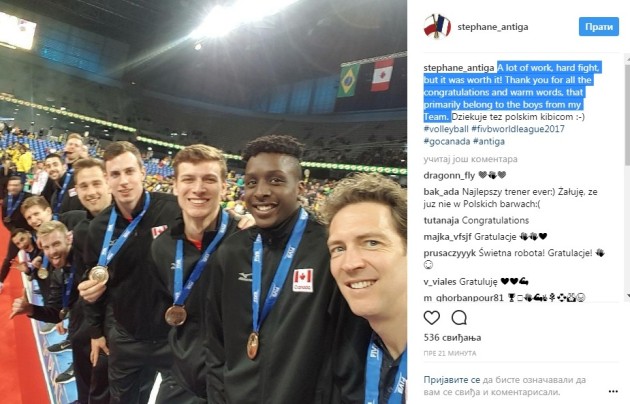 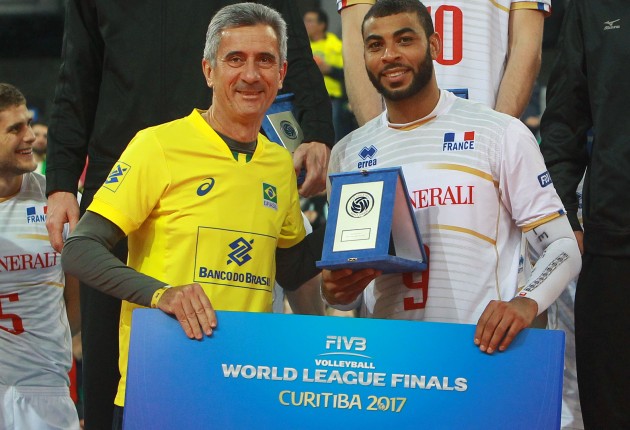 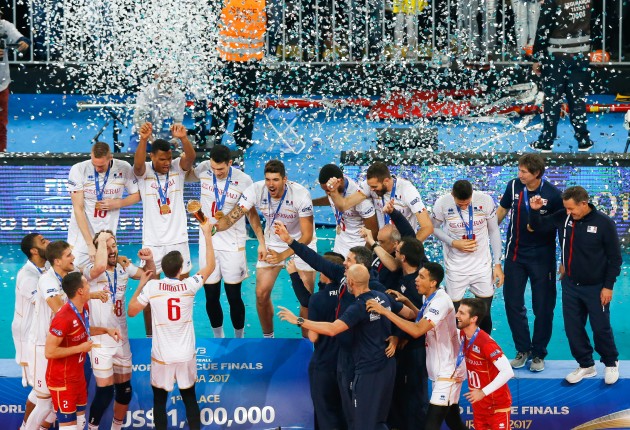 03:05 CET – Canada and their coach Stephane Antiga won their first ever medal in the World League. In the match for the third place, they outplayed USA 3-1. 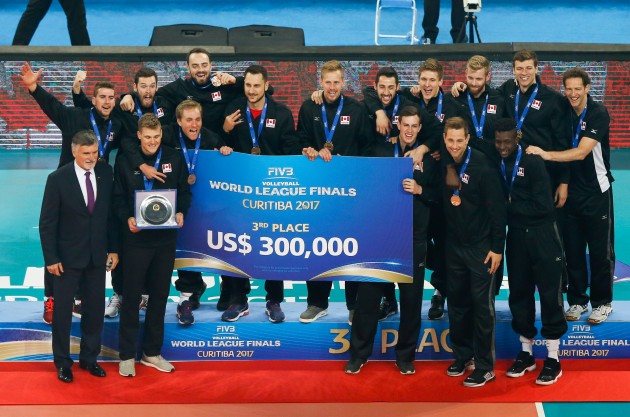 17:50 CET – Nalbert Bitencourt who in the Brazilian jersey won two World Leagues and one Olympic Gold, is now the TV commentator and journalist. At the age of 35, he retired from volleyball. 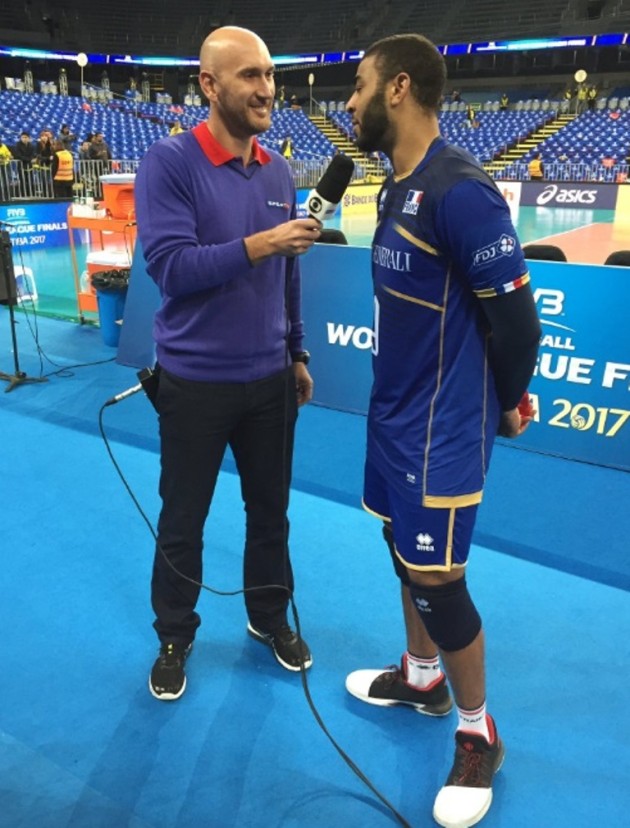 01:05 CET – French team will play their third finals of World League, the second against Brazil. 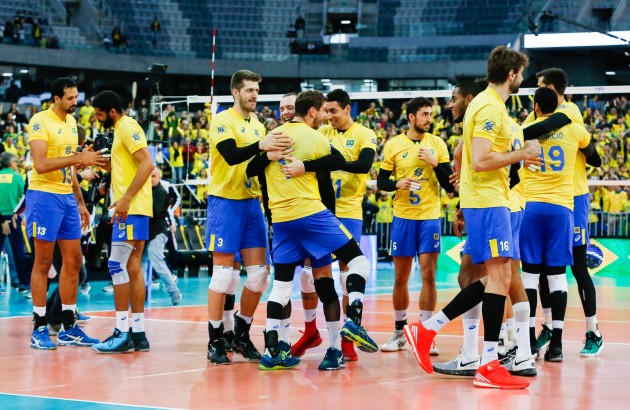 10:44 CET – The reflections of the last round of pool stage at F6: Lauent Tillie – “Main line-up came back in the 5th set because we wanted the best possible place on the pool for the semi-finals”; Nikola Grbic – “We must understand we’re the team that must play at 100% or else we become a mediocre team”.

09:34 CET – The reflections of the last round of pool stage at F6: Bruno and Dal Zotto say Brazil need to minimize ups and downs, Zhigalov states young Russian squad still has a lot to learn.

01:30 CET – France have defeated Serbia to claim spot in the semis!

17:52 CET – This is the “D-day” for these four teams – Brazil, Russia, France and Serbia! The host Brazil need one set to reach the semifinals, while the winner of France vs. Serbia game will claim the semifinal spot.

10:55 CET – One of the ways to stay warm in Arena da Baixada in Curitiba 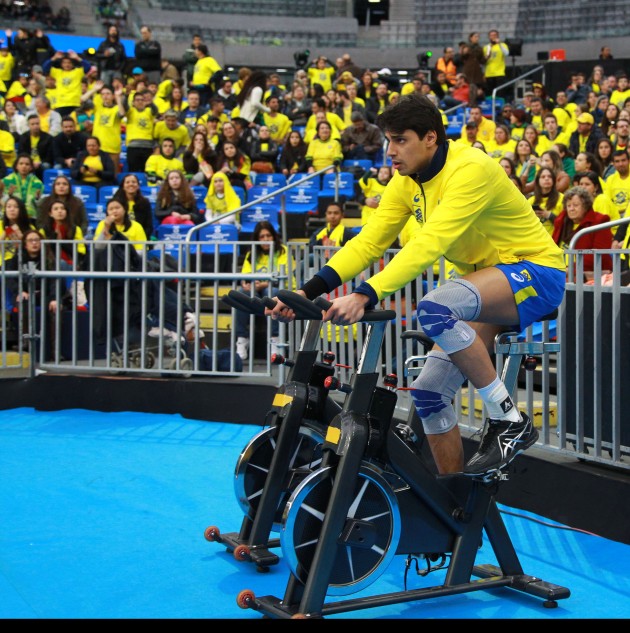 22:18 CET – Canada go to their first-ever World League semi-final as they demolished Russia!

15:06 CET – Benjamin Patch – “I just finished my college career and it’s so humbling having the opportunity to play against guys like Ngapeth. This is crazy”

11:00 CET – This is the first photo from Curitiba that explains the conditions at the stadium. So, Team Yavbou, what it feels like to play at 10 degrees? Are you freezing out there? 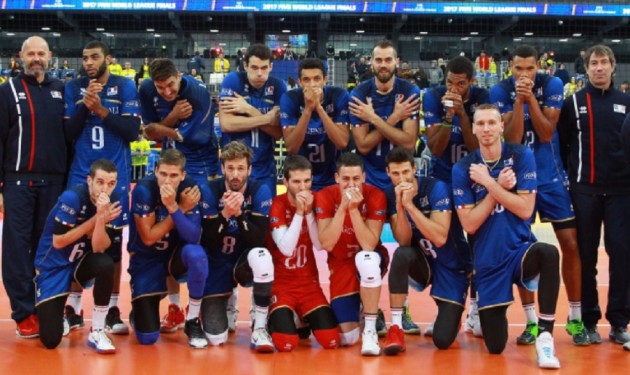 10:20 CET – We have the first video – a great action of the USA, Sander hits Grebennikov straight in the head…

09:00 CET – John Speraw was not satisfied with the reaction of the team, especially in the first set…

08:42 CET – Coach of Brazil Renan Dal Zotto has said that it was a tense game…

19:50 CET – All set! This how Arena da Baixada in Curitiba looks like 15 minutes prior to the inaugural match of the 2017 FIVB World League Final Six between Brazil and Canada… 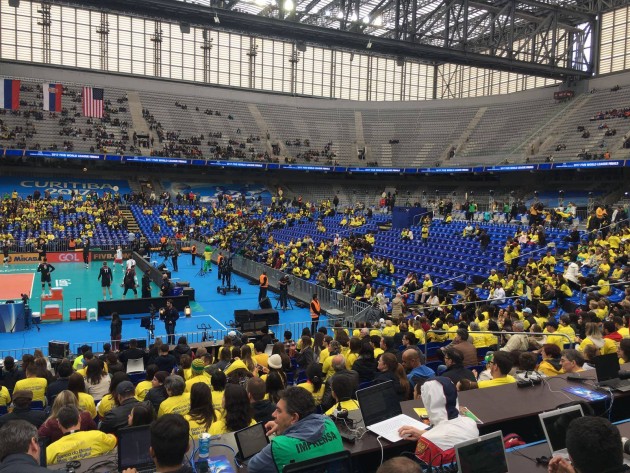 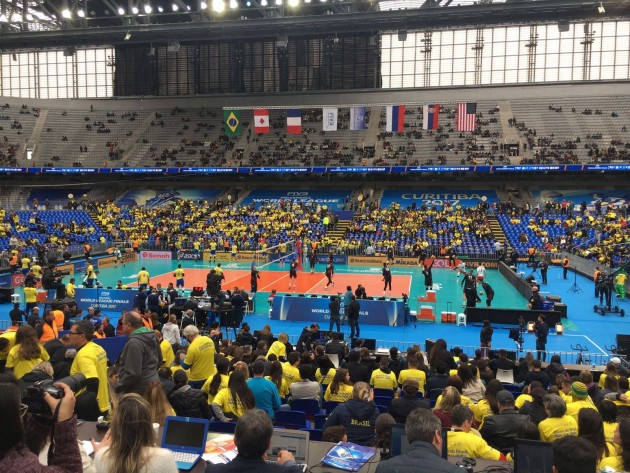 18:12 CET – Temperature conditions at a stadium in Curitiba, where the Final Six will be held, are against the official volleyball rules of the FIVB!

10:50 CET – The head coach of Serbia Nikola Grbic is not satisfied with the conditions in Curitiba:

“I’ve been playing or coaching for 30 years and I’ve never played in such conditions yet. Throughout my career, there were really hot arenas but I’ve never played outside during the winter. It’s a big mistake of those that suggested playing outside and even a bigger mistake of those that have approved it. The conditions are not even close to being optimal for such an important competition as the World League. It’s eight to 10 degrees outside and we have to play a game. The people are wearing jackets during the training sessions because it’s too cold,” says Grbic. (source – zurnal.rs)

10:00 CET – Mauricio Borges will have a huge support in Curitiba – his son! 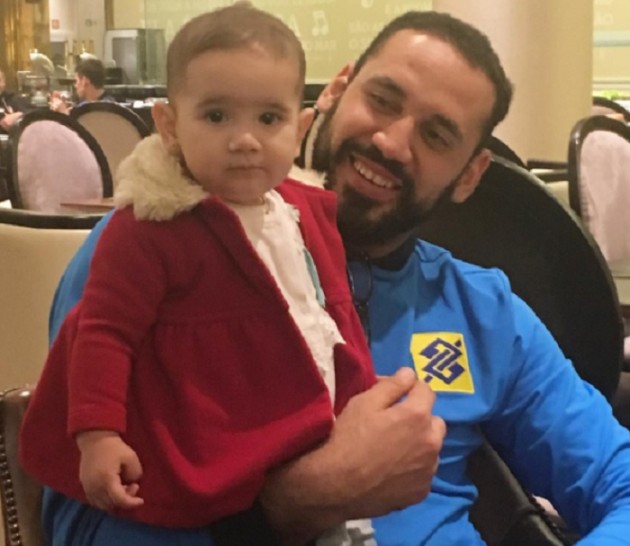 Mauricio Borges with his son

22:30 CET – In Curitiba held the official press conference before the start of the Final Six of the FIVB 2017 World League 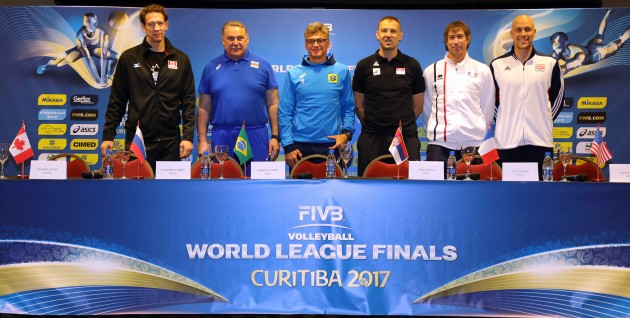 17:40 CET – “We want to play with Brazil. They are a great team and they are Olympic champions. Even if they have one or two players injured, they remain an extraordinary team, both in terms of individuals and collectively” said the French coach Laurent Tillie and added: “In my opinion, the United States will play much better than in group stage because they train more regularly. They are a renewed team, but very aggressive and physically very strong. Serbia is a team that builds to a crescendo with players who are used to big meetings.”

13:44 CET – In case you didn’t know, Bernardo Rezende is part of the Brazilian coaching staff!

10:04 CET – There is one interesting fact about Wallace de Souza. He wants to change it this year at any costs…

09:00 CET – The reigning champions have made the first practice in Coritiba! 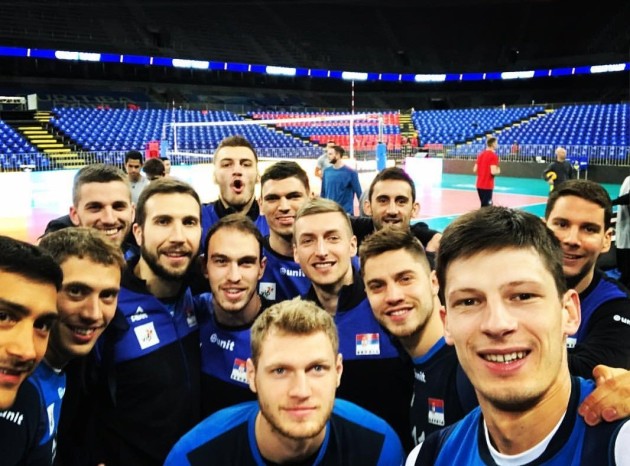 WCH U21 M: These are the best players of the tournament

PHOTO OF THE DAY: Maxim Mikhailov as a tennis player

There is nothing about Grbic’s interview on Fivb.com official website

The volleyball regulation book says the minimum temperature for an FIVB competition has to be at least 16 degrees Celsius. If it is below that, Nikola Grbic can simply refuse to play.