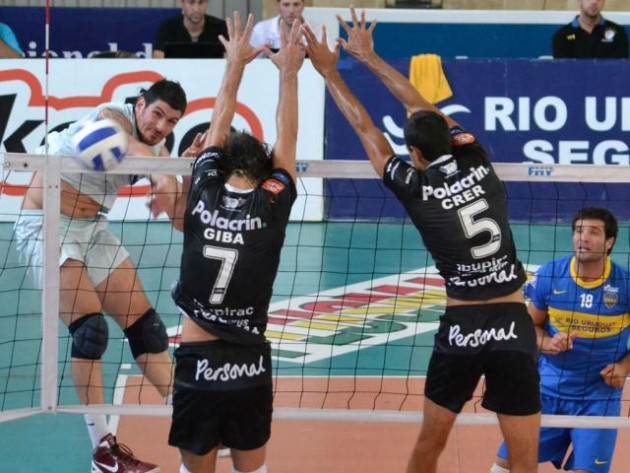 Boca Rio Uruguay Seguros not go well at the start and suffered much pressure from Personal Bolivar service. The game became point to point. At the end Boca kept a tight victory 28:26.

Bolivar felt the blow and showed a better play early in the second set with good plays from Giba and Dennis and led 8:6. After second time-out it was 14:16 for Rio Uruguay Seguros. After that both teams made some service errors finaly home team won set 33:31.

Personal Bolivar coach changed the lineup in the third set and they took the led 8:5. Home team equalized the score 14:14. Ocampo and his good service gave Bolívar set ball on 22:24. Finally an attack from Dennis and Personal Bolivar sealed off set with 25:23.