ARG: Gigantes del Sur are preparing for game of the year against Jujuy Voley

Gigantes del Sur returned to Neuquén after the tour for 10. and 11. weekend of League Argentina Native Nation and now must face a crucial weekend for the stay in the elite of Argentine volleyball. 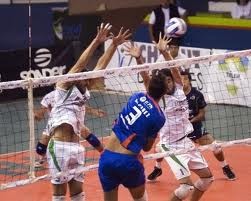 On Thursday, in the match vital for staying in A1, Dino receives in the stadium Parque Central, Jujuy Voley.

The team of Alejandro Grossi is only for one point above the northern (on Saturday receives Drean Bolívar) and Lechuzas Villa María Voley.

If Dino on Thursday’s meeting dodge the direct defeat, and a return game the same day against their rival in Cordoba in Bella Vista, they will stay in the senior division of Argentine volleyball, in which they have been for seven seasons after the rise in 2004/2005.

Grossi and the coach Mariano Dellavalle meet with Luciano Zornetta and Javier Dantas. The players rested in the morning and in the afternoon will work out and train with ball in Central Park Stadium.

Tomorrow will be their penultimate training while waiting for Jujuy, which has lost at the beginning of the League, as a guest, with 3-1.

The permanence and a clear objective of the coaching staff of Dino since the beginning of the season, again get in the way of Gigantes, who continue to struggle to stay on the high place among the best in the country.

ITA: Giannotti stands out against Unterhaching