ARG: Coaches about finals of the League Argentina for Women

Eduardo Allona, the coach of Boca Juniors, and Mariano Cinaglia, of Estudiantes de Parana have different realities and objectives about the same: the title of the tournament. 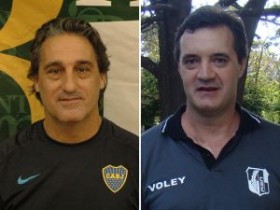 “The expectation is to become a champion“, said the trainer of “Xeneize”.

“His team is undefeated so far this year, dropped just two sets and also is the vice – champion. For these reasons, the idea is that we play the best we can.”

In this regard, “Tuco” said: “We have much experience and we played several finals and we must be patient. Their virtues are the experience of Maria Eugenia Requi, the services of Jimena Perez and powerful attack of Tolerino Arianne.”

The coach of Juniors also warned: “They have very strong players, (Luisina) Yaccuzzi and (Juliet) Puntin.”

Mariano Cinaglia also explained what he thinks about the match: “We face two realities: an experienced team with foreign players while in our case, a very young team. The girls are making their debut in Argentina Women’s League.”

Both teams are expecting the end of the season 2011/2012, starting on Saturday (21h) in Almirante Brown and continuing on Sunday (20h).

Then, next weekend, Juniors will travel to Parana, where Estudiantes will be hosts.

ARG: Second week of concentration of the...

ARG: World Challenge to be played in...

WL: Conte and Quiroga back in Argentine...