This Tuesday starts the 5th edition of the Volleyball World Challenge Cup at Once Unidos Stadium in the city of Mar del Plata, with the participation of the host team of Buenos Aires Unidos and Personal Bolívar - representing Argentina, together with visiting teams from Japan, USA, Brazil and Canada. 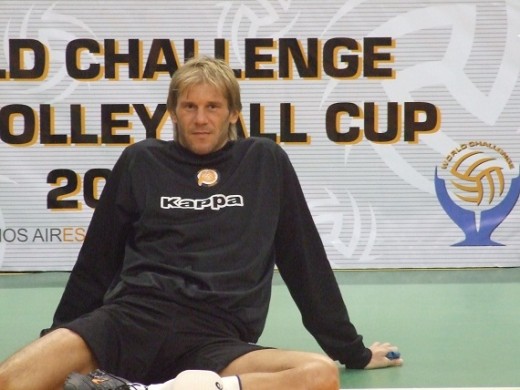 The match Toray Arrows (Japan) v Canuks (Canada) at 18.15 and the duel of the host team of Buenos Aires Unidos v Universidad de Irvine (USA) in the second match at 21.00 will start the competition with iternational excitement that returns to Argentina after the last three editions took place in USA. In the year 2008 the first edition was played in the Argentine cities of Rosario and Santa Fe.

Marcos Milinkovic, of the of the several great international stars of Buenos Aires Unidos, expressed: “We wait this competition with emotion and excitement as it will be a good measure of our start of the national season. No doubt, we will be improving along the matches as we have several new players and all together we will find our own new rhythm. To play at home in Mar del Plata, having our own fans supporting us, motivates me a lot, it gives us an extra ‘bonus’ to start the new relationship so much needed when we play the Argentine League at home. We will always give the utmost of each of us”.

The home team coached by Waldo Kantor played two friendly matches v Irvine, in Coronel Vidal and Mar del Plata itself as preparation for this tournament winning both matches.

The competition will have its own official fan webiste under the name: “Volleyball World Challenge Cup” in Facebook, where all the official information will be found, exclusive photos and the link to watch the second match of each day live broadcast by internet, as an offer given by Buenos Aires Unidos. To follow the competition one must click “I like” and the information and the match will be seen. Also each player will post their own pictures and comments.

During this Sunday, in Mar del Plata, two of the stars of Buenos Aires Unidos Team (Guillaume Samica from France and Iván Márquez from Venezuela) fave one of their team jersey to FeVA President, Juan Antonio Gutiérrez thanking him for the great support and broadcasting of this important international event.