AZE W: Nataša Krsmanović – “We will win the CL trophy”

The Final Four of CEV Denizbank Champions league will be held in Baku for about 15 days. Rabita is host team and they are ready for challenges. 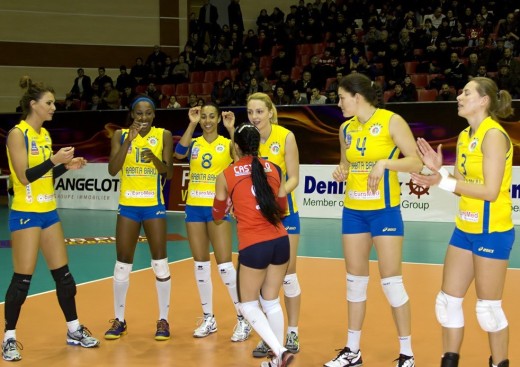 They will face Europe’s strongest in an attempt to finally win the continent’s most prestigious club trophy for the first time in its history after finishing as runner-up back in the 2011 and the 2013 editions.

Rabita’s most experienced player, Nataša Krsmanović, shares her opinion on how ready her team is to face this challenge once again:

“Unfortunately we could not hold the cup in our last two participations in the Final Four.  It truly meant that there was something wrong, there was some deficiency…  So we have been working out really hard and trying to put more experience and speed into our team effort. A friendly match is coming up, so we are looking forward to show our best game and make our fans trust us again.  I believe we will win this trophy and dedicate it to our nation and our fans.”

In its semifinal match on March 15 in Baku Rabita will have the difficult task to play against Russia’s powerhouse Dinamo KAZAN.  The other semifinal on that day will feature an all-Turkish clash between ISTANBUL powerhouses VakifBank and Eczacibasi VitrA.  The bronze medal match and the decisive final will take place on the following day, March 16.

Why is respect important? (VIDEO)