BRA W: Sheilla – “To say that I don’t think about Tokyo would be a lie”

The icon of the Brazilian female volleyball, Sheilla Castro, stirred up hope of the fans in the country, saying that she’s considering to compete in the 2020 Tokyo Olympic Games. 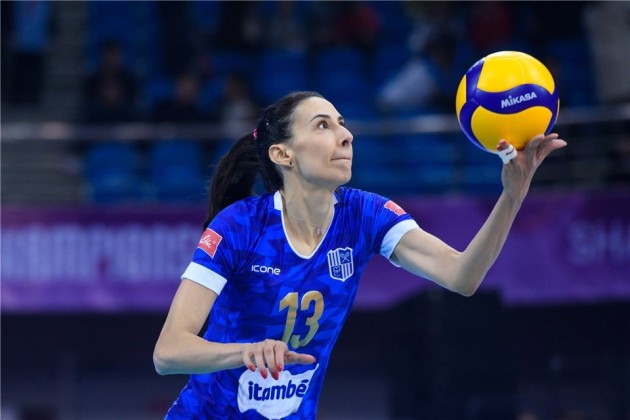 One of the best-ever opposite hitters in the world, Sheilla, was a starter for the Brazil National Team at the last three Olympic cycles, which resulted in two gold medals for the “Seleção”. The 36-year-old player decided to take a break from her career after the 2016 Rio Games in order to devote herself to the role of a mother. However, by signing with the country’s league titleholders Itambé/Minas last year, she has chosen to return to an active career and, who knows, maybe even play for the Brazil National Team again. And, maybe, even compete in the 2020 Tokyo Olympics…

“I decided to go back to the court in a conversation with Zé Roberto (head coach of Brazil Women) and Zé Elias (fitness coach of Brazil Women) because they thought I could still do a lot on the court. The decision to play volleyball again, because I was about to play beach volley, was for that reason. So, to say that I don’t think about Tokyo (Olympics) would be a lie. But, I have to think about now. Because, if I start wanting Tokyo too much and I don’t think about now, I won’t be able to make it. I won’t be able to improve myself to play well in Tokyo. So, I hope to play very well in Superliga. If I see that I can go to Tokyo, I will. If I don’t, I can say that I already did a lot for the national team,” Sheilla said in an interview for TV Brasil.

For the most of the first half of the season, Sheilla was a backup in Minas but in the last several games, she has been a starter and has gradually regained the level of a play close enough to what people got accustomed to seeing from her.

VNL W: Nations League is over for...