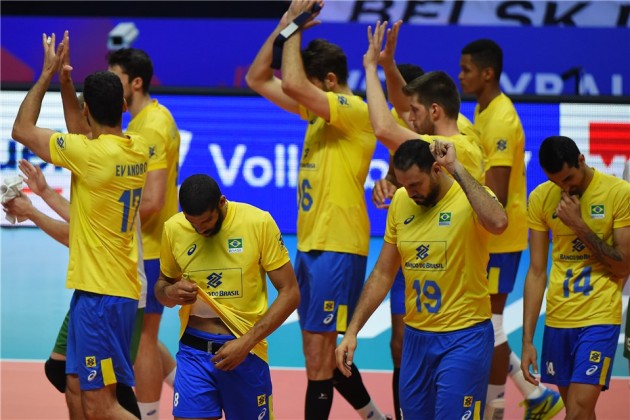 Renan called 15 players to start preparations for the 2018 FIVB World Championship in Italy and Bulgaria (September 9-30). Compared to the list that was composed for the Final Six of the 2018 FIVB Volleyball Nations League, two names were left out – Maurício Borges and Murilo Endres.

Whilst the absence of an outside hitter Maurício is logical as he got injured during Lille tournament and will undergo the right knee surgery, crossing out libero Murilo is a bit of a surprise. But, since there is only one libero amongst these 15 players, there is a big chance that Renan will return Murilo in the later stages of the preparations.

Great news for Brazil’s fans is the comeback of an outside hitter Ricardo Lucarelli who is in the final phase of his recovery from an Achilles tendon surgery and will take his place in the World Champs squad!

The preliminary squad of Brazil for the WCH:

Jaqueline: “Murilo and I want to play...