WCH 2018 M: Sharone Veron-Evans getting ready for the World Champs

Stephane Antiga, the head coach of the Canadian men's volleyball national team is getting a huge relief after hearing that his player Sharone Veron-Evans has returned to practice! 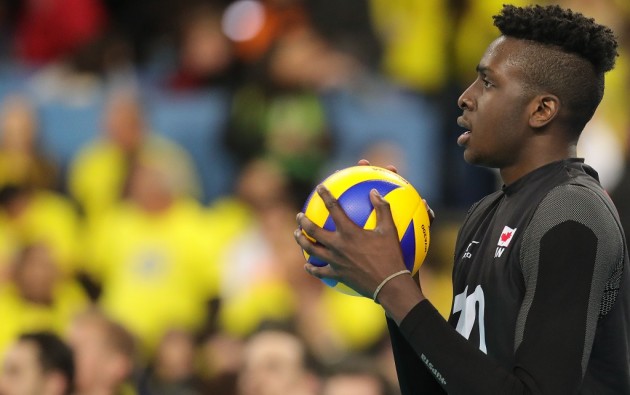 The Canadian volleyball star suffered a stress fracture in his left shin at the beginning of 2018, however, the situation is much better now for the young opposite.

As he confirmed in an interview with cbc.ca, he said he was in a helpless situation, but Sharone has managed to overcome this situation, paying big attention to what he eats.

“You can gain weight pretty fast by not doing any physical activity. The big thing for me now is nutrition,” says Vernon-Evans, who still has a contract with ONICO Warsaw that ends in May 2019 – “That was the hardest thing at first because I would be eating a bunch of food as if I was still working out with the team. I’ve learned what’s better for my body. I’m making better meals and trying to make them look pretty. I’m trying to get better at making salads and still trying to mix in vegetables here and there,” says Vernon-Evans laughing.

It’s pretty much sure that the Canadian opposite is going to miss the friendly tournament in Poland (Hubert Wagner Memorial), however, he will be ready for the World Championship challenges from September 9 to 30 in Italy and Bulgaria.