Thailand, the Netherlands and Brazil claimed wins in their last matches of Week 2 in the FIVB Volleyball Nations League. 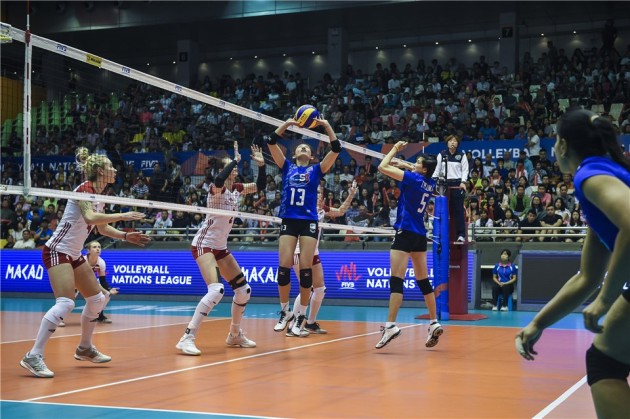 The most interesting game was between Thailand and Poland in which Thai team finished as the winner. They finished the match after five sets (25-22, 21-25, 25-23, 21-25, 16-14) although the opponents also had big chances for the victory.

Malwina Smarzek reached 38 points for Poland and the whole team scored 17 blocks but unfortunately, that wasn’t enough for victory. The second-best scorer in the Polish team was Natalia Medrzyk who scored 14 points. On the Thai side, Chatchu-On Moksri finished the match with 26 points followed by Ajcharaporn Kongyot 16 points.

The Thais moved to 2-4 after two rounds with their second victory in the VNL overall while Poland are on the same mark.

Once again Lonneke Slöetjes led the team with 14 points helped with Yvon Belien 13 points. Risa Shinnabe and Ai Kurogo scored 10 points each for Japan. The Netherlands dominated in the block (14/4) and that was a main key for the victory.

Amanda Francisco (14) and Adenizia Da Silva (12) led Brazil while Brayelin Martinez was the best on the opponent’s side with 9 points. Adenizia scored 7 blocks in this match and was the MVP of the game.