GER M: Everything is possible

After the victory of 3:2 in the second semifinal match against VfB Friedrichshafen BR Volleys travel to Lake Constance, where on Wednesday (March 28, at 20h) will play 3. match in ZF-Arena. 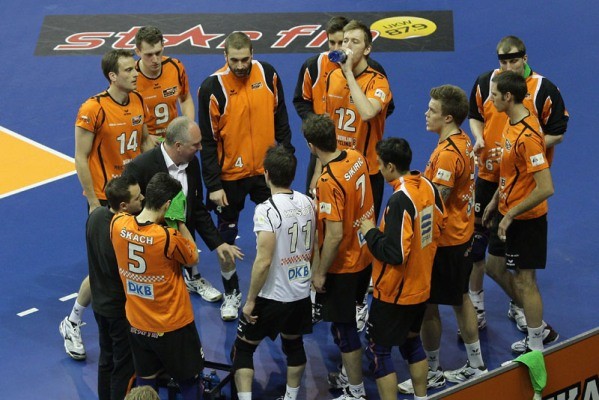 With the success on its court in Berlin, BR Volleys secured the important confidence.
“We showed on Sunday what we can do and that we can beat Friedrichshafen. The following match is important not only in terms of sport, but also from a psychological point of view “, revealed the coach of BR volleys, Mark Lebedev, pleased with the return game.

The coach of Friedrichshafen, Stelian Moculescu, is not satisfied with the recent performance of his team. “In the next few games not only two or three players should give their best, but the whole team,” said the coach after the match in Berlin, for the rest of the semifinal series. He also added: “It does not even have to be 100%. If we play well we will win. “

Mark Lebedev, believes that it is possible to take the victory again: “We have to play just like on Sunday, from the first to the last moment, with reason and heart. If we succeed, then everything is possible.”

POL M: Schedule of semifinals of Polish League for men