ITA M: Vincenzo Mastrangelo – “This will be a key game”

Sir Safety Perugia hosts Tonno Callipo Vibo Valentia in the 21st round of the Italian Serie A1. Carmine Fontana, and Vincenzo Mastrangelo spoke for the press. Read the latest news from volleyball world on worldofvolley.com. 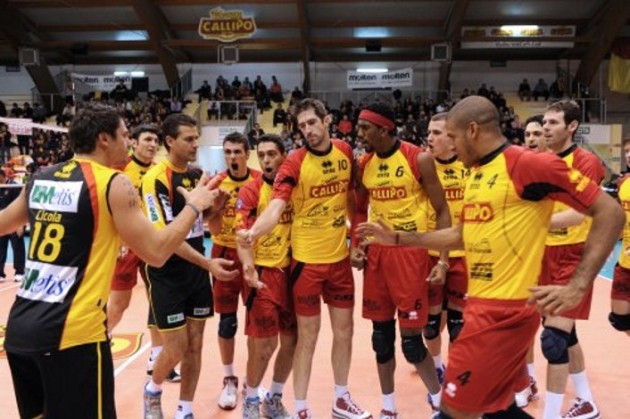 Carmine Fontana (Ass.coach Sir Safety Perugia): “Vibo has had a hard time in the second half of season after a brilliant start and the qualification to the Italian cup final four.  This means they have a lot of quality and experience in their roster for the A1. You just have to think of Coscione, Urnaut, Buti etc… We’ll have to work on their weaknesses, which they have like any other team, but we’ll have to do it our way, with intensity and aggressiveness. We really struggled in our first meeting, we had been inconsistent in attack and struggled to deal with Coscione’s fast-pace game. Besides, Vujevic was missing and he’s very important for us. We’ll need to build on a good serve and work well at the net and in our first attacks. This is a big game for both teams, almost like a playoffs match. Our goal is to qualify directly for the playoffs quarter-finals”.

Vincenzo Mastrangelo (Ass.coach Tonno Callipo Vibo Valentia): “This will be a key game, and the last one will be crucial too in this final rush before the playoffs. We’ll try to get another position higher but it won’t be easy against the surprise team of the season. To be honest, Perugia seemed to have done an unbelievable job, in the first half of season people were a bit surprised but then they kept getting better and better. They are tough to beat at home, even if it’s true the points we took in the second half of season were away. That’s why we’ll go there confident and ready to play”.

ITA M: Angelo Lorenzetti – “We need a few points to reach our target”