ITA M: Angelo Lorenzetti – “We need a few points to reach our target”

Casa Modena and Altotevere San Giustino meet tomorrow at Modena for the 21st round game. Angelo Lorenzetti and Marco Lo Bianco shared their thoughts. You can read all relevant news from volleyball world on Worldofvolley.com. 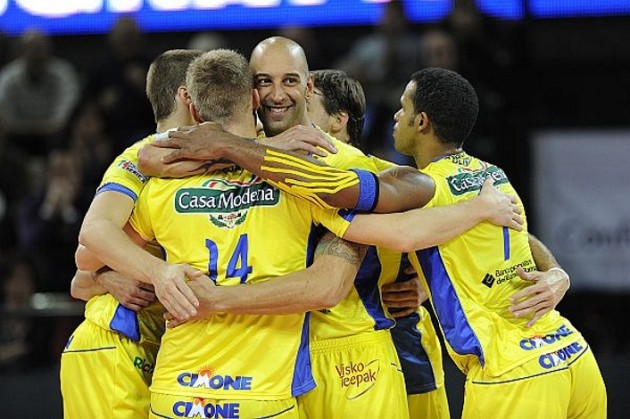 Angelo Lorenzetti (Coach Casa Modena): “We need a few points to reach our target which is to be in the top six of the regular season. This will be a very hard game, San Giustino has been playing well, they’re solid, and in our first meeting they did not have the young spiker Cebulj, which I think is one of the nice surprises of this season. We’ll need maximum focus. It’s been a bit of a complicated week for us, we had some physical worries. We cannot relax, though, we need maximum concentration on each point”.

Marco Lo Bianco (Altotevere San Giustino): “This is a positive period for us, we have our minds free, we have reached our goal, the playoffs, but we still want more. There are two games left and we’ll give our best to get as many points as possible, taking one game at a time. Hopefully this will be a different and tighter game than the first we played against them. We have improved a lot since then, especially in the block-dig area, but in attack too. We’ll need to be focused, cover their spikers, limit as much as possible Derro and Celitans, and try to put their setter under pressure. Michele Baranowicz is one of the top players of our league, a very promising youngster, who’s already been in the national team. If we play at our best, and impose our game, we can make it hard for a lot of teams, and that’s what we’ll try to do on Sunday. Hopefully we can repeat the level of play seen against Cuneo”.

ITA M: Vincenzo Mastrangelo – “This will be a key game”

ITA M: Mauro Fresa – “The last trip of the season is the hardest one”

ITA M: Diachkov instead of Lawson