Great day of volleyball in Castellfranco and sold-out crowd for the venue of Modena and the national team of Egypt. All the takings of the game went to charity for the building of the School site. 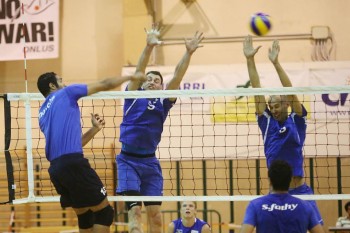 Despite the final outcome that went in favour of the North African team (1-3), Modena showed some positive spells considering they’re in the middle of intense physical preparation. Modena got off to the better start before being tied at 1-1. The third set was the tightest with Egypt, which just snatched it but cruised in the fourth set.

Despite Modena losing this friendly, Bartman was the game’s top scorer with 16 points, his teammate Quesque got 14 as much as Salah from the winning team.