At the end of the bronze medal match in the 2018 CEV Champions League Final Four, Gino Sirci, the president of an Italian men’s volleyball titleholders Sir Safety Conad Perugia, put all cards on the table in regard to the ongoing transfer activities of the club. 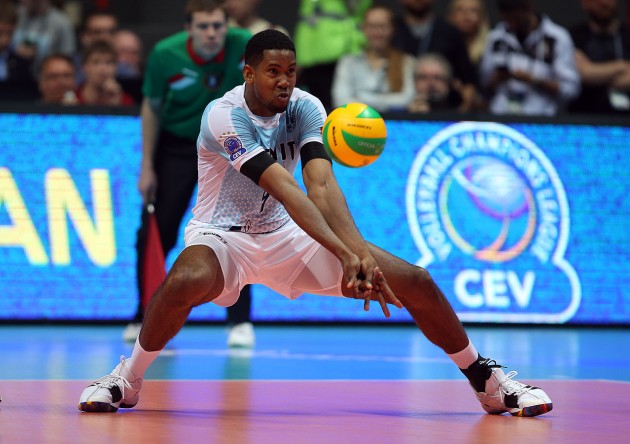 „León signed 2 + 1 contract. I hope he will spend more seasons in Perugia, but for now, let’s start with this. The guy is pure gold,“ Sirci told reporters at the end of the match against Zaksa Kędzierzyn-Koźle in the Final Four at Basket Hall, Kazan, in which his team won the bronze medal, making the summer transfer bomb official.

„I don’t think Zaytsev will stay because, since the beginning of the year, he says that he goes away,“ Perugia president stated on the status of „The Zar“, confusing the fans of his club as he emphasized a few days ago that he will try to keep him in the squad.

Sirci confirmed the coach Lorenzo Bernardi will spend one more season in Perugia.

RUS M: Alekno stays in Zenit for next season to begin his second decade of coaching Kazan side!

ITA M: Velasco is new Modena coach, will arrive at the end of 2018 World Championship

This is incredibly exciting news for Perugia fans. Leon is the x-factor and a guy who can take over matches at will. Although he didn’t win the MVP at the Final 4, it was clear he was the determining factor when it counted in game 4 and 5. Keeping the core guys on the Perugia team will make this a top team in the world for a few years to come.
Not keeping Zaytsev is NOT a loss. He would not flourish in this situation and being stuck at OH would create drama. He struggled passing this weekend and would not be close to the best player on Perugia next year. Russell will be similar to Anderson’s role on Zenit to be the calm, consistent good, and glue factor for the team.
Team chemistry will be key.

Re: @suisse if leon will be the replacement of Zaystev, then russell can’t be in the first 6 because per ruling, there should be atleast 3 italians inside the court?

Re: @Jst
You are right for Italian matches. Russell will probably be moving somewhere. Italian, Russian or China for big $$