Noliko Maaseik is drawn to play Poland’s Zaksa KEDZIERZYN-KOZLE in the next round of the 2013 CEV Volleyball Champions League – Men. You can read all relevant news from volleyball world on Worldofvolley.com. 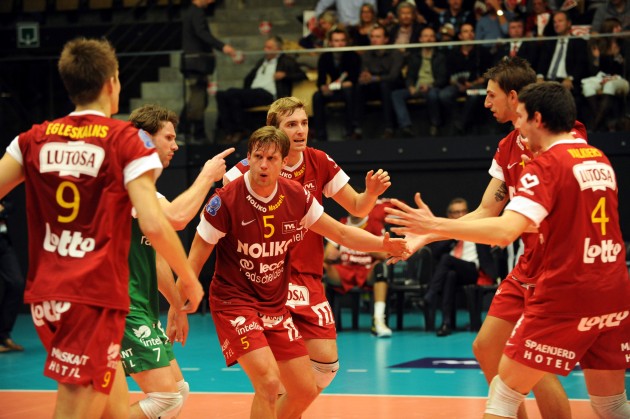 “We have to play the best among the second-ranked teams of the prelims and the current leader of Poland’s national league” says head coach Brecht Van Kerckhove. “Zaksa was in the same prelim group of four-time club world champion TRENTINO Diatec and they lost only two matches in that Pool, namely to the Italian standout. The Playoffs 12 will be very tough but a possible advantage for us results from the fact that we play the first match in Poland and a possible golden set would then follow here in Maaseik” continues the Belgian mentor.

“Zaksa has got a very good roster, including France’s opposite Antonin Rouzier and two players from Poland’s national team, i.e. setter Pawel Zagumny and middle blocker Marcin Mozdzonek” adds Noliko setter Matthias Valkiers. “However, we are very motivated and we feel ready to fight with such great opponent for a spot in the Playoffs 6”.

Middle blocker Simon Van de Voorde seems pretty happy with the outcome of the DOL: “Poland is a real Volleyball country and all matches are played before a massive crowd. I really look forward to playing there and to getting to experience their incredible fans”.