After gave birth in december 2012 Olga Tocko Ativi is returning on the court and in the season 2013/14 will play for Czech champion VK Agel PROSTEJOV - participant of CEV Champions League in the new season. Read latest volleyball news on Worldofvolley.com. 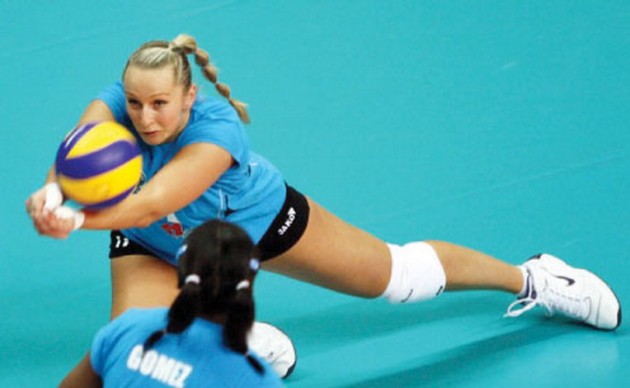 PROSTEJOV will play in Pool D with Eczacibasi ISTANBUL, RC Cannes, and Schweriner from Germany.

Olga started her volleyball career in her homeland Latvia, than moved to France where she was a member of Vilebon and RC Cannes. After France she played for Romanian champion Metal Galati. In the season 2010/11 Olga played for Azerbaijani club Rabita BAKU and they reached gold medal of Azerbaijani championship and silver medal of CEV Champions league. After Azerbaijan Olga played for Russian club Severstal. She was born on July 1st 1982. and she is 190 cm tall.