Some sensational blocks by Finland helped the team get a win after five consecutive losses Saturday. Finland beat the Netherlands 3-1 and fended off the threat to have to qualify to retain its place in the World League next year. Urpo Sivula, Antti Siltala, Niels Klapwijk and Jeroen Rauwerdink were the top scorers. 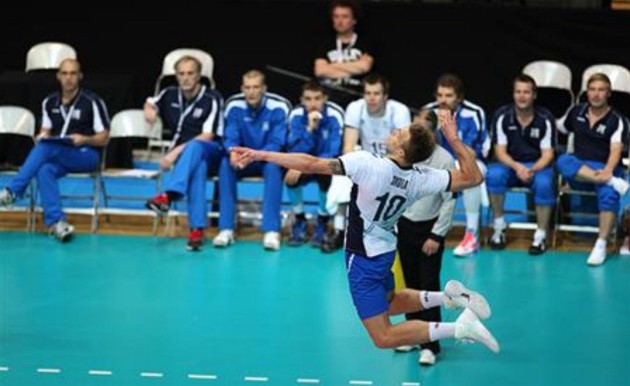 For the Dutch, the loss was a heavy blow. Canada can now lose 2-3 against Japan on Sunday and still overtake the Dutch to secure a spot in the World League finals in Argentina.

Finland’s blocking play was the best performance from the team in quite a while, with the 2.05-meter middle blocker Konstantin Shumov giving a brilliant performance. Urpo Sivula and team captain Antti Siltala stepped up well after a few bleaker games. Power hitter Mikko Oivanen was his strong self, spiking 16 points, serving for three and contributing two blocks for a total of 21. Shumov finished with seven blocks, and hit seven points from his middle position for a total of 14. Sivula had 15 points, 12 from spikes, with two blocks to his credit. Also Siltala’s seven points included two blocks.

Finland took its newfound spirit from the strong start by left spiker Sivula, who hammered three of the first five points. Via 8-6 and 16-12 at the technical time-outs the hosts roared to a few seven-point leads, and took it 25-19.

The second set saw a few sensational blocks midway, which kept Finland at a striking distance, and the team came from 16-12 down to tie at 20. For once, the team held its nerves and broke the 24-24-tie with the help of a net serve and a handling error, 26-24.

Yet again a tight set followed, the teams separated by one point at 19-18 in favor of the Dutch. Two serves into the net at 21-18 and 22-19 were the only points allowed to Finland as the guests took three consecutive points to win the third set 25-20.

Finland doubled its first TTO lead, 8-5, to 16-10 in the fourth set and a block by Shumov and Sivula on the first match point was a fitting end to a good Finnish game.