After the match against Bulgaria in which the Russians team in victory resulting 3:1, Russian captain opened up. 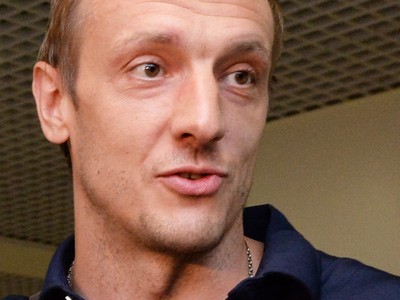 In the group stage of the European Championship, the Russian team got two wins and one defeat. How do you rate this interim result?
– Most importantly, the team gradually found his game. In the match against Bulgaria’s we were serving 14 aces in four games. If we have killing serve, then we will cope with any opponent easier. We went into the next round, but the fact that we lost in the opening of Germany, does not matter. Let’s move on.

What’s the plan was for the match against Bulgaria?

– Of course, there were certain ideas, in particular, special attention should be paid to the opposite hitter Tsvetan Sokolov. I think that we managed to deal with it. Just as with Alexiev. A surprise for us to be considered is an appearance on the site of Theodore Todorov, who was not involved in the previous matches. He managed several times to close our attack against him and had to act differently.

In each of the parties Andrey Voronkov made a double substitution on the ground, instead of Pavlov and Grankin you go out with Mikhailov. On what was sent to this step?

– Today, this permutation is less influenced by something, yet in three of the four games we are quite easy to imagine creating the necessary gap in scoring. Maybe the guys needed a break, and me and Maxim had to feel the rhythm of the game. This may be necessary in the future.

Who will win – Poland or Slovakia? (At the time of the conversation Slovak-Polish confrontation just started)

– I think that Poland will win and avoid a meeting with us. The same as Anastasi, head coach of  Poland, saying that he did not want to be in the first round of the playoffs to get to Russia. And then just before the start of the continental championship  we sparred with Slovakia and Poland. Recently they are stronger. This is a fact.

To read similar news from this competition click on European Championship 2013.

ECH M: Poland and Bulgaria can’t wait for their clash

Can anyone repeat this crazy warm-up session?...