Serbia, Russia, Cuba and Peru have been confirmed to join Japan, Korea, Thailand and Chinese Taipei at the joint AVC and World Women’s Olympic Qualification Tournament, which will take place from May 19-27, in Tokyo, Japan. 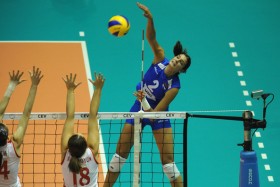 The confirmation of teams is based on the following formula:

– 2 Europe, 1 NORCECA, 1 South America or 1 Africa (granted to the highest ranked team in the world ranking between South America and Africa*).

*** Peru took the place of Kenya due the county’s inability to attend the World Olympic Qualification Tournament.

The joint AVC and World Women’s Olympic Qualification Tournament offers four vacancies to the Olympic Games. The top three teams will book a place at London 2012 followed by the best Asian team, which will join them as per the Asian Confederation vacancy.