WL M: Cuba with the bronze, tears for Bulgaria 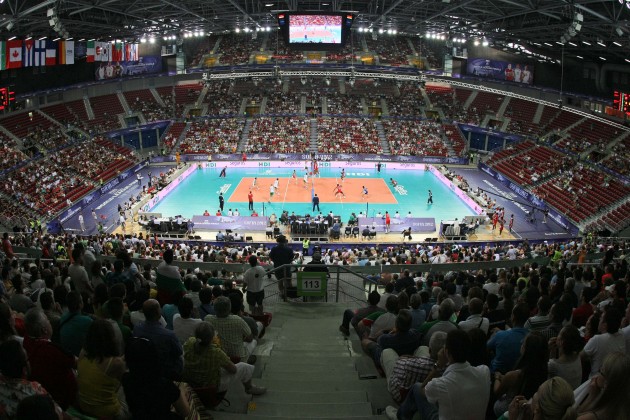 The match started well for Bulgaria – they opened a wide gap as the score was 5-1. The first technical time-out came at 8-4 in favor of the Lions. Valentin Bratoev scored the 11th point with an ace. At the end of the set he was the top scorer with 3 points, along his twin-brother Georgi and Todor Aleksiev. However, Cuba equalized at 12-12. This happened to be a turning point in the set, because after that Wilfredo Leon scored the 13th and Cuba took the lead for the first time. Bulgaria could not come back into the game. The second technical time-out came at 16-13 to the Cuban team.  Led by Leon, they extended their advantage and easily closed the set at 25-18.

The second set started great for the Bulgarians. Aleksiev`s spikes put Bulgaria in the leading position again. The first technical time-out came at 8-4 their way. It was definitely a flying start for Nayden Naydenov’s team. They made a 5-point difference. But then again, Cuba reacted and gradually narrowed the gap down  to tie the score again. But Bulgaria did not give up. They caught up and led again. Bulgarian captain Vladimir Nikolov made an impression during the set as he scored 6 points, well assisted by Aleksiev. Not even Leon, who also scored 6 points in this set, could lead his team for the win. The set was closed by Georgi Bratoev with an ace – 25-19.

Even though it was a tied game in the beginning of the third set, the first technical time-out came at 8-6 to Cuba. Bulgaria was once again put in the runner-up position. Nevertheless, the Lions showed character and minimized the difference to one point.  Then the captain scored the 13th point and equalized, but the second technical time-out came at 16-15 to Cuba. The set moved on really close, but still the more experienced Bulgarian team won in the end by 25-23 with great contribution from Vladimir Nikolov.

In the fourth set both teams were playing really tied but Cuba had a slight advantage – 8-6 at the first technical time-out. But Bulgaria did not let them run any further away in the score and tied at 8-8. The second technical time-out came at a point advantage for Orlando Blackwood‘s.  At the end of the set the battle was tough. Clearly, the Bulgarians were not ready to lose and finally they equalized at 22-22, thanks to Dobromir Dimitrov`s serving. Still, Cuba was able to win the set by 25-23.

The beginning of the tie-break was really bad for Bulgaria. Cuba took an early 4-point lead. The score was 8-5 at the side-switch. Cuba did not let their opponents turn the score around, no matter how close they got. The set ended at 15-12 Cuba’s way.

Andre Meyer attended the opening of volleyball complex in İzmir,Turkey