“We are here to upset the big teams and plant a flag for British Volleyball. It is all about legacy for us”. This statement given by Team GB captain Ben Pipes fully reflects the current state of volleyball in the UK, where an elite program was created only a few years ago with the ambitious goal to have the host nation of the XXX Summer Olympiad represented also in the volleyball tournaments. “Legacy was one of the key words we have mentioned right from the start of our cooperation with LOCOG” stresses FIVB President Jizhong Wei. “We see the results of that tremendous development but we want to guarantee that once the Olympics are over, volleyball will remain under the spotlight thereby making sure even more people will get involved in this sport all around the country”. 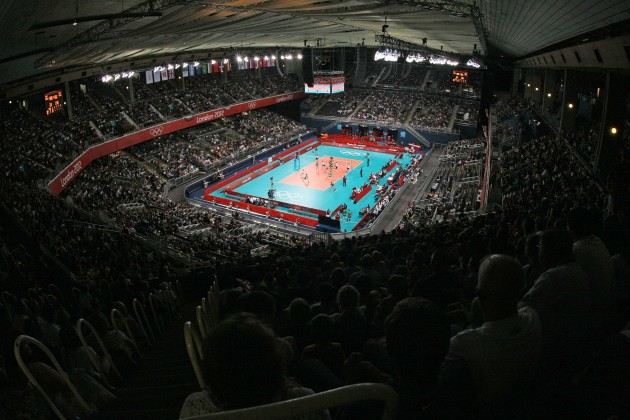 The Olympic court in London

Legacy is actually a key point for any edition of the Olympics and not solely for one or more sports. Volleyball England has certainly understood the opportunities disclosed by the 2012 Olympics well before they were opened by Her Majesty Queen Elizabeth II this past Friday on a memorable night for the United Kingdom. “I am delighted at the number of fantastic initiatives Volleyball England is managing, helping to deliver a real legacy from the London 2012 Olympic and Paralympic Games and harnessing that momentum for the future. A whole range of volleyball opportunities are being created, especially for young people, and I hope this will inspire more people to take up volleyball for life” recently commented Lord Sebastian Coe, LOCOG Chairman.

Just to mention only a few examples, a National Volleyball Center was opened three years ago in Kettering and is currently Europe’s only FIVB development center, hosting – inter alia – the biggest volleyball tournament held in England in over 20 years, the ECVD Continental Cup, in 2011. By August 2012 Volleyball England will have helped build 35 new beach courts including supporting the build of the country’s only indoor beach facility at Oakmead College, Bournemouth. Via the so-called “Go Spike” campaign, 3046 adults have played volleyball at 84 events while a national academy has been set up to ensure young athletes have a better environment to play in and a clear pathway to realize their Olympic dream. A total of 18 students have been or are currently at the Academy, thereby contributing to compose the next generation of volleyball players for Team GB. This is not all, as the students of 432 schools have experienced volleyball for the first time while more than 3,000 items of volleyball equipment will be allocated after the Games across Great Britain. Facts and figures well reflect that once the competition at Earls Court comes to a close, volleyball won’t be forgotten that quickly in the UK.

The Olympics will contribute a legacy, a boost for further development that could not be driven by any other force. And who knows, the next generation of players may take up the challenge of qualifying once more for the Olympiad, this time without benefiting of the quota automatically assigned to the host country.