BUL M: Konstantinov – „Sokolov and Nikolov won’t be able to play all games in Berlin…“

Plamen Konstantinov, the head coach of Bulgaria’s national team, and his players will have a different Christmas than ordinary people. In the days before holiday, when others go shopping, pack gifts and prepare to sit at the table, he gathered players for a training before the Olympic qualifications in Berlin (January 5-10, 2016). 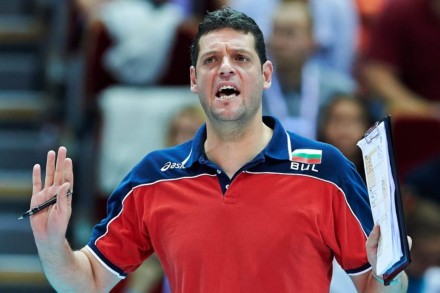 “It’s very difficult to predict this tournament because the teams gather and train a week before it. It’s also very difficult to control the sporting form to make a training cycle. This largely limits predictions. Theoretically we have our chances, but in such a competition we can’t say that our chances are 50 – 50. There will be Olympic and European champions, world and World League champions. If you add hosts Germany, the chances are 20% for each team,” Konstantinov rated chances of his team.

“Tsetso Sokolov doesn’t have a single full match played. His club just put him on the block. He has not played in the attack nor he served. The opposite must take as many balls as possible and hardest balls, too. Why do I think he can’t play 5 games in Berlin? Complicated… Vlado Nikolov? After a purposeful preparation he played an excellent European Championship. But, be sure that he also won’t be able to play five consecutive games at these qualifications. There, things will be different,” Bulgaria’s coach explained in which shape some of his key players are.

You’ve had Uchikov in top-form and you didn’t know to use him on European Championship.
You could win gold medal if you put Vlado more on the bench, and Uchikov to play.
Why crying now???