“Living in the family” is the perfect soundtrack for the Serbian volleyball delegation at the Olympic Games in London. Brothers Kovacevic on the men’s court, Sasa Starovic together with them and his sister Sanja in the women’s team here in London. Then you have Mihajlo Mitic in the men’s team and his father Miodrag as doctor of the women’s team, himself a former player of Yugoslavia. 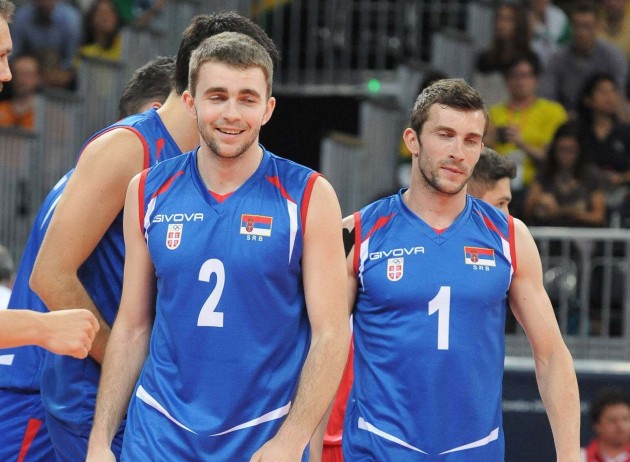 It all started with the Grbic brothers in the 90ies: the wing spiker Vladimir and his younger brother, the setter Nikola. They are son of Milo, universal player of team Yugoslavia. They followed in his footsteps to reach their career peak, the 2000 Olympic gold medal in Sydney. Nikola tried twice to give the last Olympic match ball to his beloved brother in Sydney against Russia, match which was eventually closed by a back-row attach of Ivan Miljkovic. Milo Grbic taught all his volleyball secrets to his guys. Nikola’s playing role was chosen from the very beginning even if he wanted to pass and spike like his brother Vladimir and his dad. He even tried to ask her mother to support him, but the decision was taken. Vladimir is nowadays vice president of Serbian Volleyball Federation and a FIVB commission member, while Nikola is still playing in Serie A Italy being one of the finest setters.