Belgium completed a splendid home campaign at the European qualifier in Kortrijk by edging Estonia 3:2 (20-25, 23-25, 25-22, 25-20, and 15-10) coming back from two sets down to top the charts of the group waiting for the second round robin coming up next week in Tallinn. 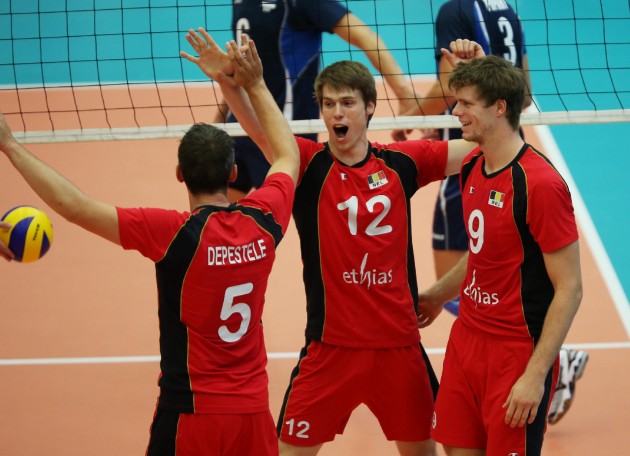 Belgium needed to take at least two points from this game to keep the leadership of the Pool and after losing the first two sets, the hosts eventually got back on track anchored by Gert Van Walle to win the match at the tie-break. After losing to Israel on Saturday, Estonia imposed their pace in set 1 and 2 by exploiting the blocks killed by Oliver Venno and Argo Kreek.

Belgium stepped up in set 2 with Gertjan Claes, Kevin Klinkenberg, Simon Van de Voorde and Van Walle but it was Kreek that sealed the set for Estonia for the provisional 2:0.

Van Walle started his personal show in set 3 and by scoring 12 points all alone he helped his side claim this section of the game, assisted by Matthijs Verhanneman and Pieter Verhees.

The same scenario unfolded in set 4 and 5 and Van Walle, supported by setter Frank Depestele, plus Verhees and Verhanneman, paved the way for the final 3:2 with Estonia losing their third match at the tie-break.

EC W: Orange ladies wrap it up in Apeldoorn with yet another 3:0 win

CHN M: Shanghai one step away from...