PGE Skra BELCHATOW all but secured a spot in the Challenge Round of the 214 CEV Volleyball Cup – Men after winning the away game of its quarterfinal with Generali UNTERHACHING. 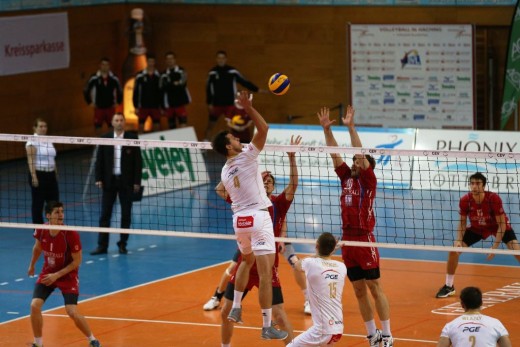 The seven-time Polish champions beat the current leaders of the Bundesliga in straight sets (29-27, 31-29, and 25-17) to get the right edge for the return game coming up next week in Poland.

However, Generali UNTERHACHING wouldn’t go out without a fight. With the crowd of 927 repeatedly jumping to its feet, the hosts played with lots of enthusiasm and poise as head coach Mihai Paduretu had promised.

Only after narrowly missing out on winning either one of the first two sets a visibly heartbroken Generali team was no match for BELCHATOW which finished the match after 87 minutes with its first match point. Captain Mariusz Wlazly scored 21 points for the winners, while Simon Hirsch was Generali’s best player with 15 points.

There is still the second leg left on January 23, but it would need something close to a miracle for UNTERHACHING to make it to the Challenge round where German rival VfB FRIEDRICHSHAFEN is waiting for the winner of this quarterfinal.