WL M: Poland make it three from three in Katowice 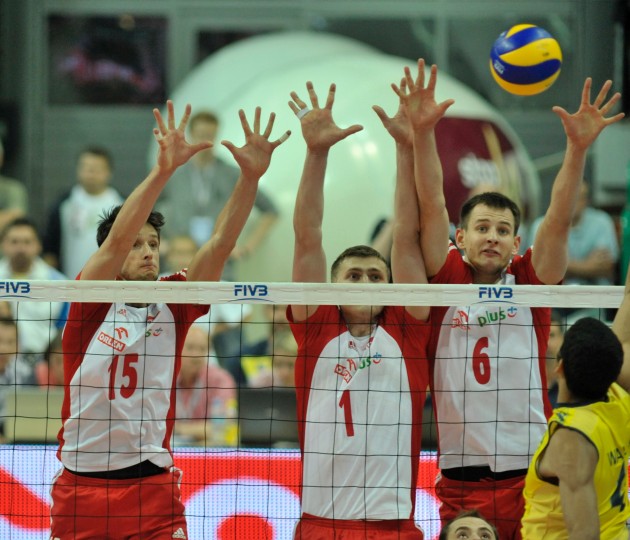 The win sees them finish the weekend on top of the group.

The first set started better for the visitors as they took the lead at 6-4, but Poland tied the score at 7-7 and from that point the play continued on a point-by-point basis. With Zbigniew Bartman’s ace Poland took control and jumped out to three-point leading (13-10). Brazil kept catching up with the hosts, but the advantage stayed with the hosts as they took the set 26-24 yet with another ace.

Set two was close at the beginning, but with powerful spikes Poland gained advantage again (8-6, then 12-9). Even with impressive defence the Canarinhos were not able to tie the score until after the second TTO (18-18). From then the score stayed close but with Brazil leading slightly and they were the ones celebrating victory as they took the set 25-23.

The third set was similar to previous with neither team taking control early on. After a series of mistakes made by the hosts, Brazil took the opportunity to gain the advantage (12-9, then 14-11). They then took a two-point advantage until Poland managed to pull back at 22-22 and then take the lead after scoring three unanswered points. Buoyed by their white and red fans they took the set 25-23.

With the previous set ending nervously, the play in the beginning of set four was very fierce. Nevertheless the hosts took the lead at 7-4 and maintained control. However, after a hard, heart-stopping fight Brazil won the set 25-23 mainly thanks to middle-blocker Lucas Saatkamp.

In the final set both teams showed signs of tiredness and nervousness. The hosts took the lead after switching sides at 9-6. They later extended the advantage to five points and won the set 15-10 and the entire match 3-2.